As some of you may know I rather enjoy creating content and every now and again the DM's do such an outstanding job with setting up, handling, roleplaying, and guiding events that I feel inspired to create digital work for them. I HOPE to keep this project going as I continue on this server.

I call this Gallery Source books because I thought it to be fitting to the D&D structure and to help archive certain events or campaigns within the BGTSCC community. I hope to get to know more of you in game with my characters and possibly create a source book on your individual player plot.

Thank you for having a peek.

Note: Thank you to Steve for the idea of naming this to modules. I'll leave source books in the subject name since they are using the source book style guide.
Last edited by athornforyourheart on Mon Feb 04, 2019 6:47 pm, edited 1 time in total.
Top

Endelyon. Thank you for coming through at the midnight hour to host this wonderful event that The Rocky Creek Trade Company had been creating for over three months now. I was not actively playing when you were Dm'ing and this was my first event with you taking the lead. Your character RP as Queen Dharva Scatterheart is forever memorable!

The Rocky Creek Trade Company with assistance of allied factions march refugees to the small town of Greenest.

NOTE: The Rocky Creek Trade Logo depicted in this image is purely fan made.

DM Theophanies took the lead on The Northern Watch's ambush team in The Tymount Assault. I had the privilege of playing alongside this wonderful guild and Commander Krieg for the first time in years. The spawn rate and overall event control was phenomenal. I believe this to be my first event with Theophanies and I was not disappointed for even a second. Thank you Northern Watch, DM Golem, DM Ghost, and DM Theophanies for the memorable event.

The Giant Rooster
A small group of adventurers were spotted over near the refugee camp by the Radiant Heart building having an altercation with a rather large group of chickens. At the head of this gathering there was a rather large Rooster which had appeared to knock a hole in a nearby coup letting all the farm animals run loose in the area. One of the men known as Gaven stepped up (albeit after some friendly shoves from his comrades) to confront the rooster and after a battle of intimidation (which involved them both getting larger and larger in size) The rooster towered over Gaven, pecking angrily at him and making a rather loud ruckus. Gaven not to be turned away by the creatures size summoned all his strength taking a full swing at the giant beast, single handedly slapping the 10ft rooster so hard it exploded in a cloud of feathers leaving nothing but a pair of giant smouldering feet. Gathering up his trophy the gang gathered up the remaining animals putting them safely back inside their homes. Thus the legend of Sir Gaven is told.

Somewhere, secluded and shrouded in secrecy.... someone is plotting their revenge.

A Bard's Tale is born:

"Back in ye coop," Gaven growled at one wayward foul. The chubby little bird pecked, pecked the ground, muffled a cluck toward the looming knight.

"I said back in ye coop." Gaven scooted the fowl with his boot, and the chicken fluttered its flightless wings before resting only a foot or so away. "You little-"

There was a cluck. A cluck behind him. Gaven turned and thrust a finger toward the new clucker. "You, back in ye coop, too!" Cluck. Cluck-cluck. Cluck. Gaven wheeled. All about the fields, chickens. They pecked the earth, but every one of them stopped and turned a beady eye toward the Radiant Heart before slashing its beak into the earth again. Cluck.

Been out of game for a while...

An excellent Event with the Seige of Kheldrivver. Lots of dead Orcs, Tempurans, and Player characters alike. Two thumbs up.

The infernal forces along with their monstrous allies have set up a siege camp around the fortified town known as Kheldrivver. After the sunset, the orcish and fiendish marched on for their first battle in order to take the town as their own. The Tempuran holy order, along with numerous adventurers that arrived as reinforcements, have fought the entire night and morning- slowly being pushed out from farmlands into the walls, then into the town itself. The orcs are said to have constructed several siege towers in order to scale the stone walls of the town, but the defenders have managed to destroy a good number of those.

In the end, the top of the town exploded with rainbow colours and the magic took the form of a gigantic cube that now surrounds Kheldrivver. The cube is repelling the encroaching green fog, as well as protects from any enemy catapults. The battle was broken, with many orcs and steel devils slain, though not without considerable losses on the side of Kheldrivver's defenders.

The camps remain, the siege continues. For now. 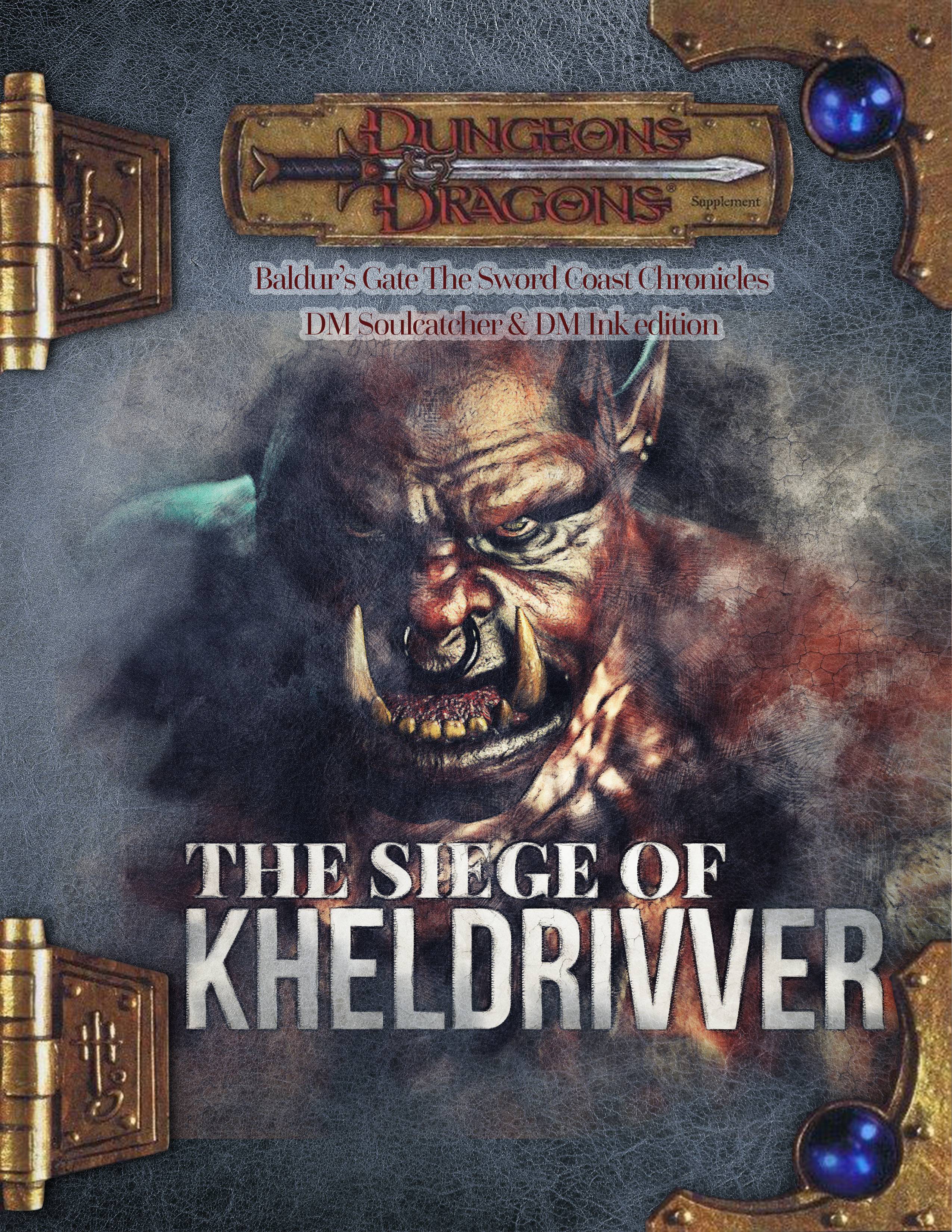