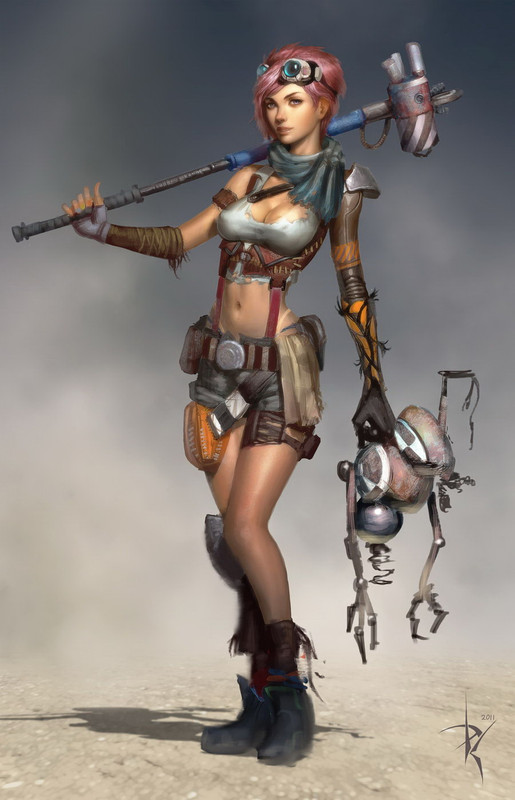 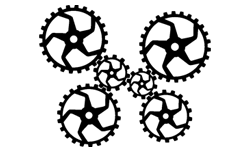 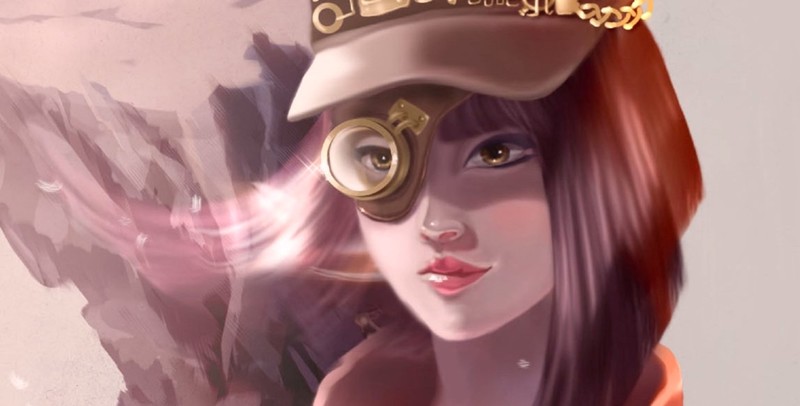 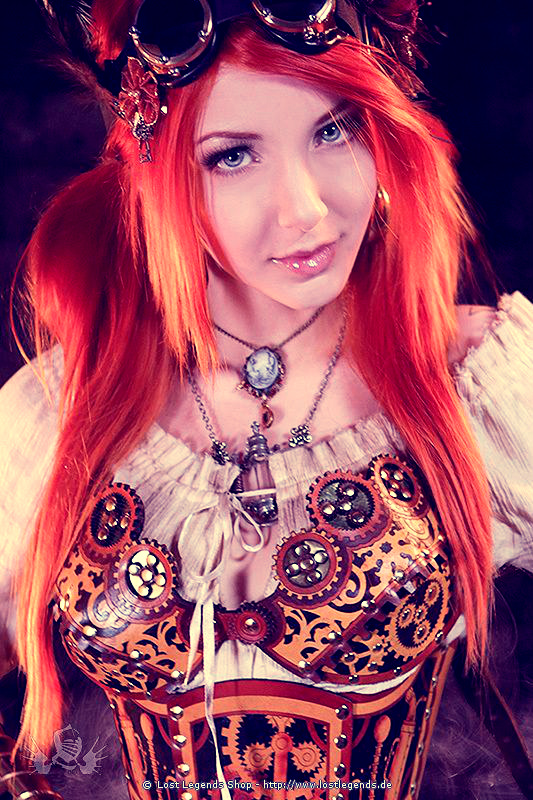 Hair : a beautiful shade of red with a pink shine in bright sunlight, it was shorter but she's letting it grow a little bit again.

Eyes : hard to say with the (different) magical lenses she seems to wear

Outfit / appearance : very “techy”, and subject to whatever she fancies and comes across. Just like technologies that are changing all the time, her outfit varies or gets improved.

In a relationship : no, doesn't appear to be looking either


Quick background :
Together with her two years older sister Pixel, Juniper grew up in the city of Sambar in Lantan. The girls were raised by a family of gnomes who owned a workshop and store specialized in automates which was located not far from the High House, an impressive building that was the largest temple of Gond. The place where she was raised wasn’t really big, and thus Juniper and her sister usually slept on the floor of the workshop.
Whether it was due the surroundings in which she grew up, or an inborn knack talent to work with technology, Juniper was a girl who was always busy with putting things together, testing them, trying to make them work or improve them. She has an inbuilt drive for discovery and she has always been eager to observe, and made ‘what if’ discoveries about her world as from a very, very young age.
Clockwork things like tiny mechanical birds were and still are her favorite toys. As a child she was convinced that one day she would learn to fly without the use of magic. All her young life she has been surrounded, and surrounded herself with stuff;... tools, science and materials being her best friends. Well, aside from her sister Pixel, of course.
Juniper spent a few years at the Crafthouse where she officially graduated as one of the youngest Techsmiths ever. And though she is only still at the start of her career, with her talent to develop and invent combined with her very fertile mind, her future looks bright and promising. 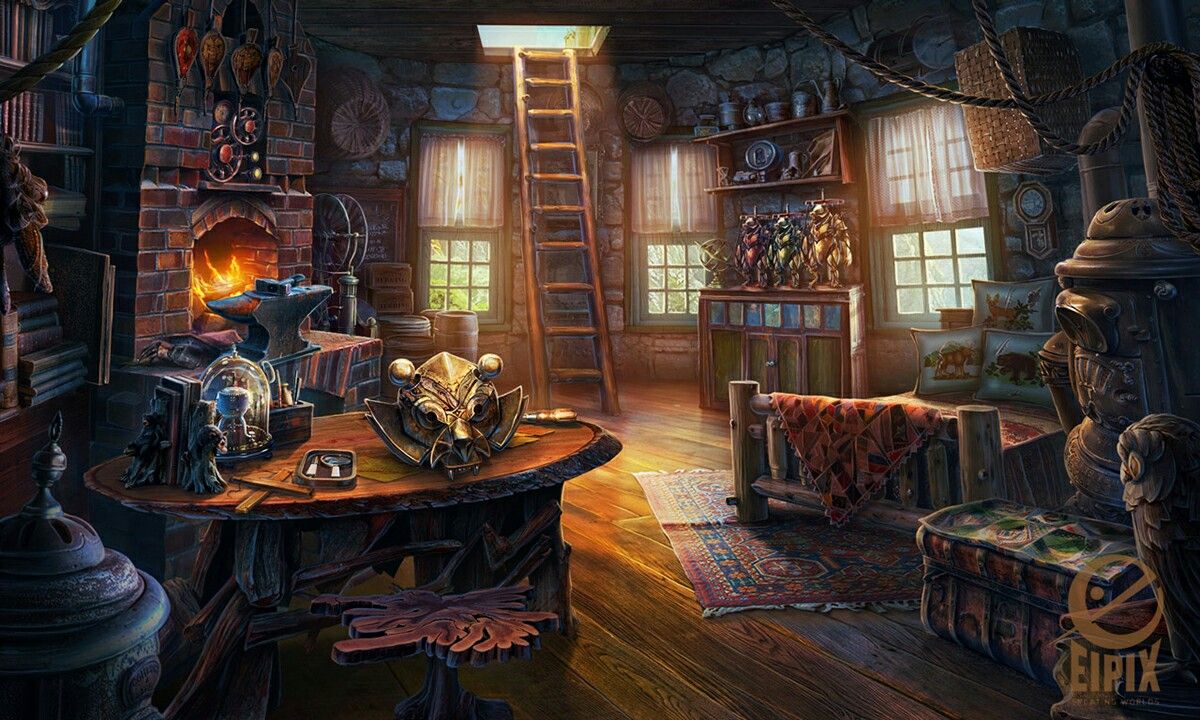 The store and workshop where she grew up 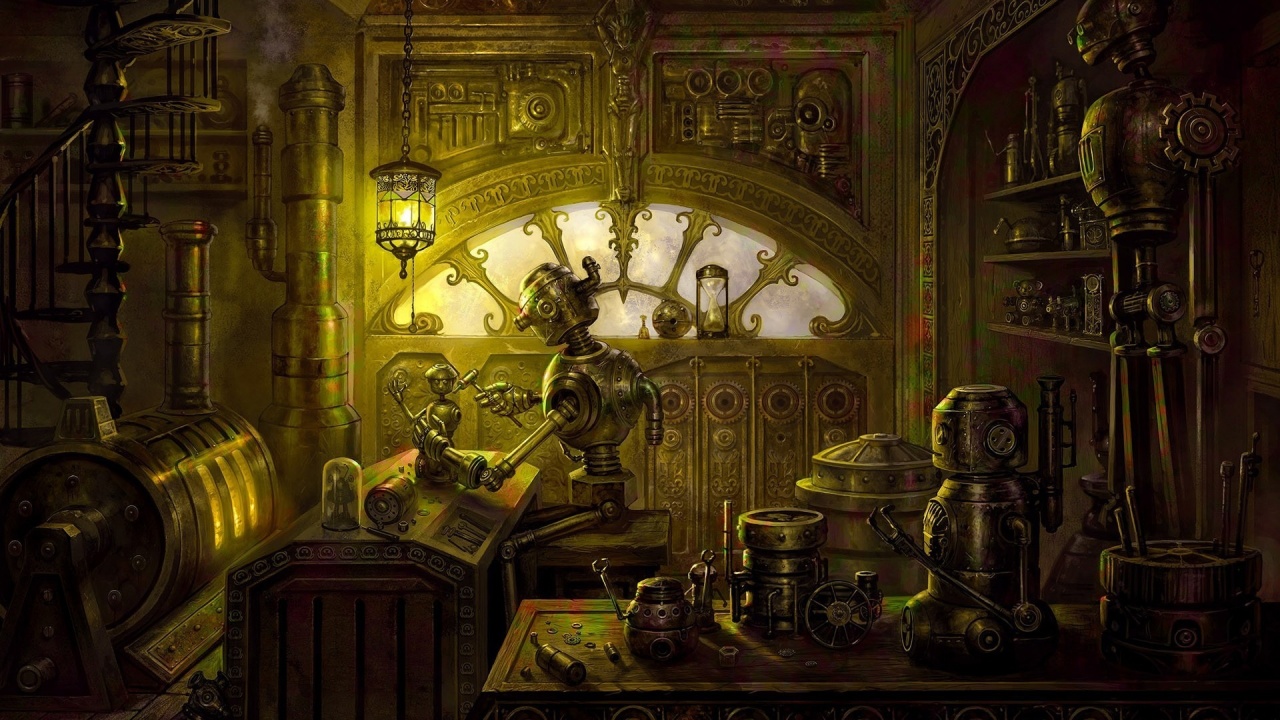 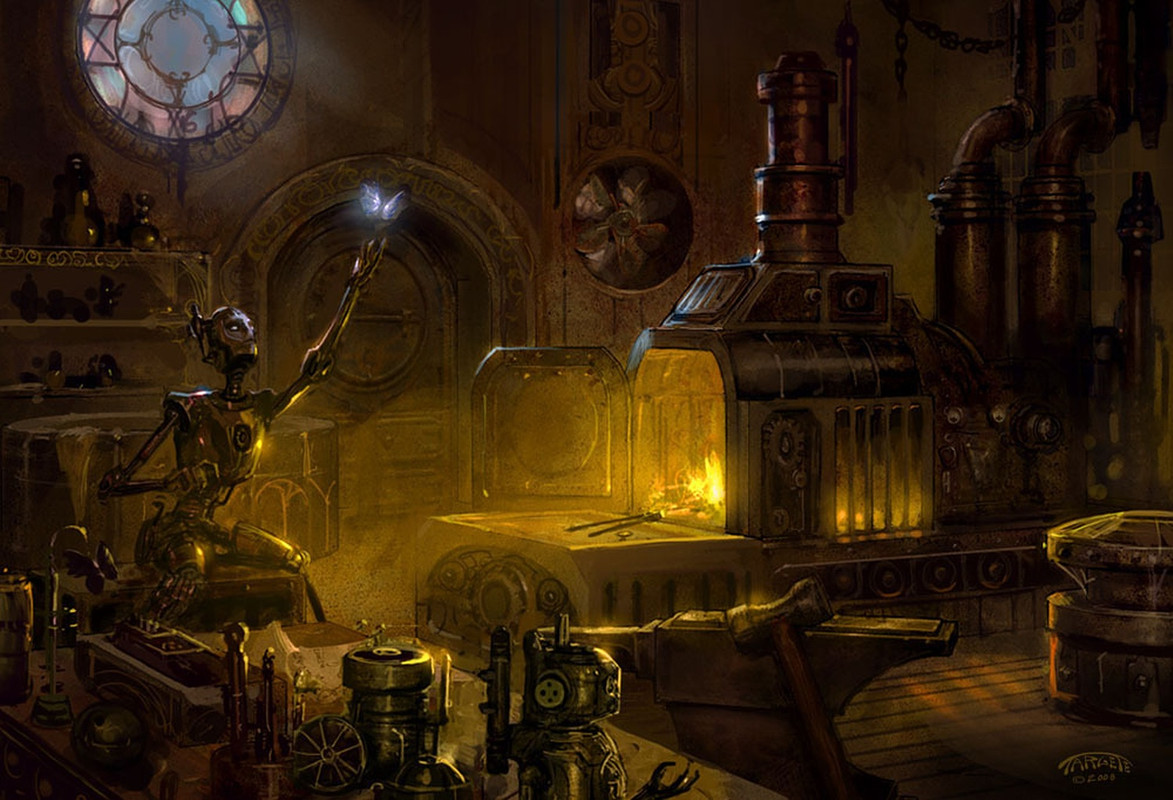 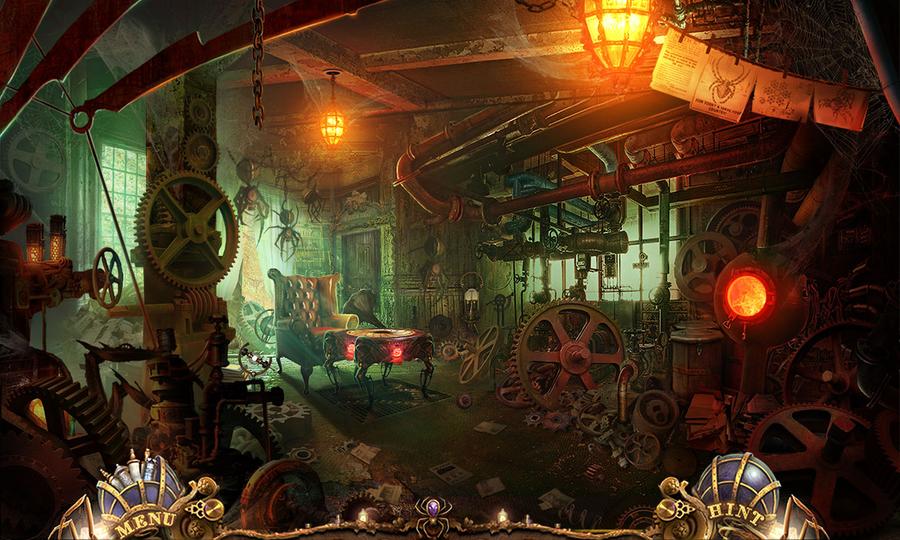 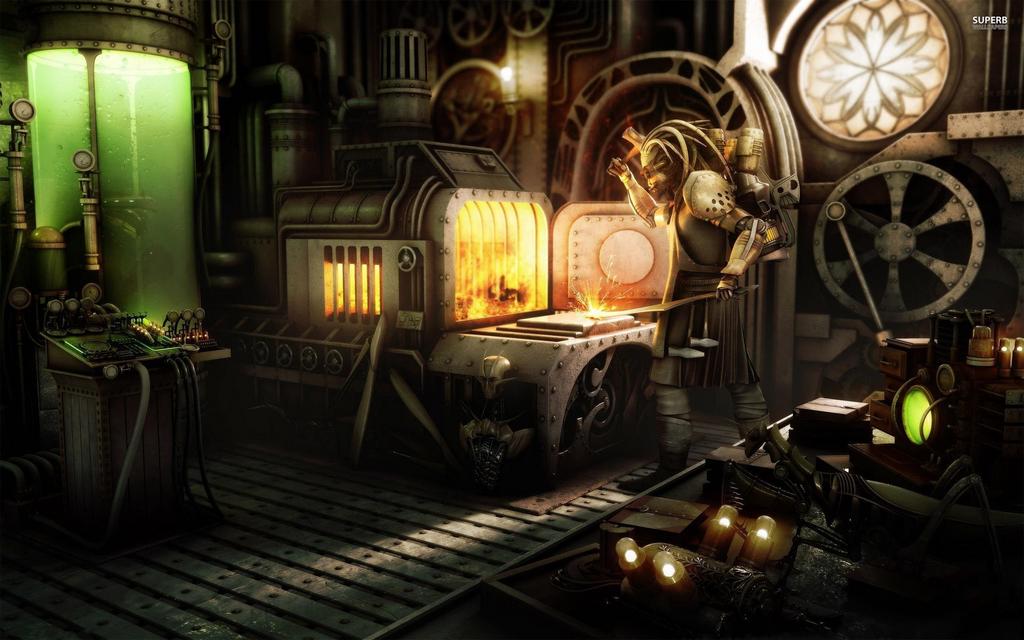 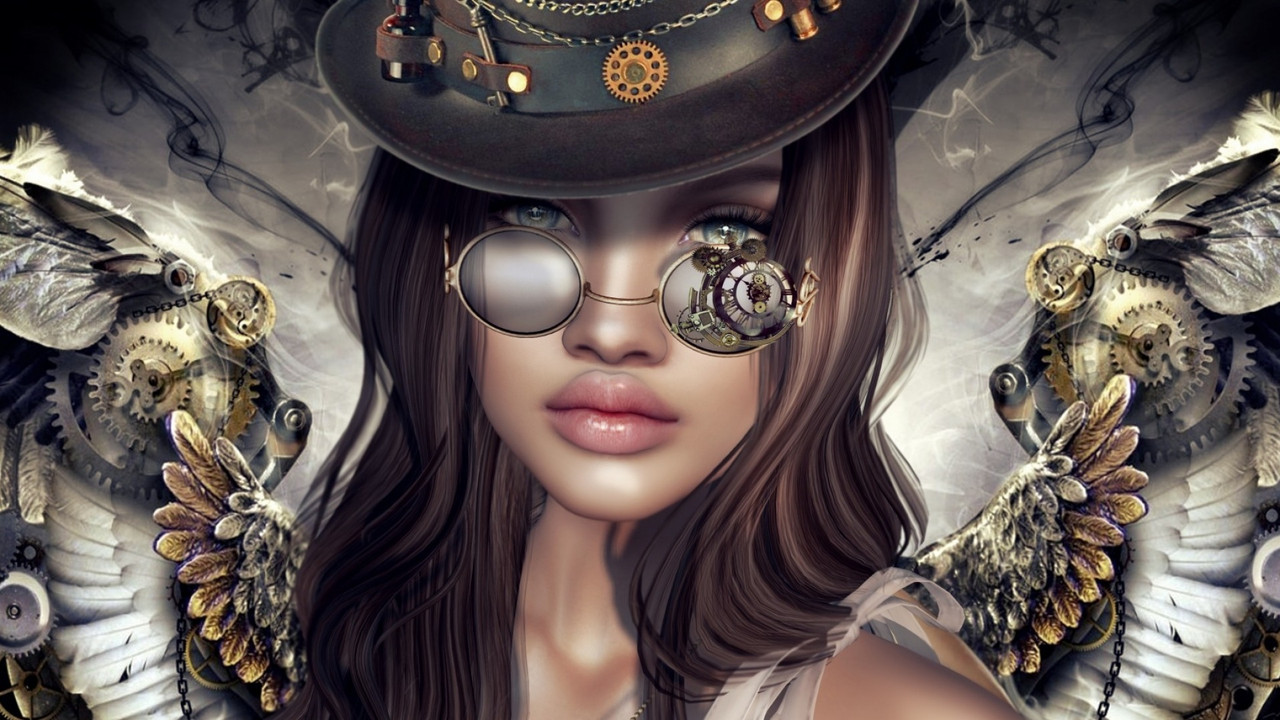 Her first day at the High House! 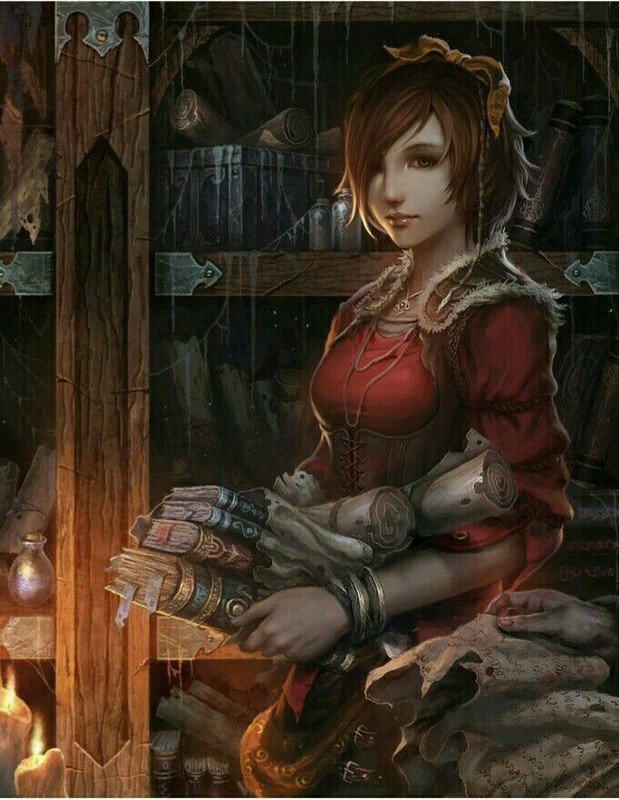 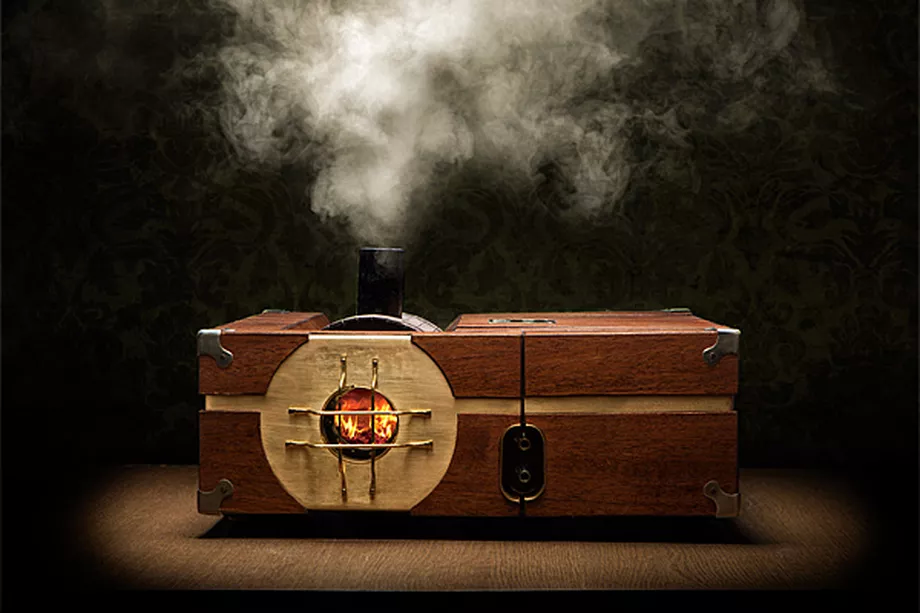 Her take on how ‘Wonderhome’ (Gond’s realm) may look like 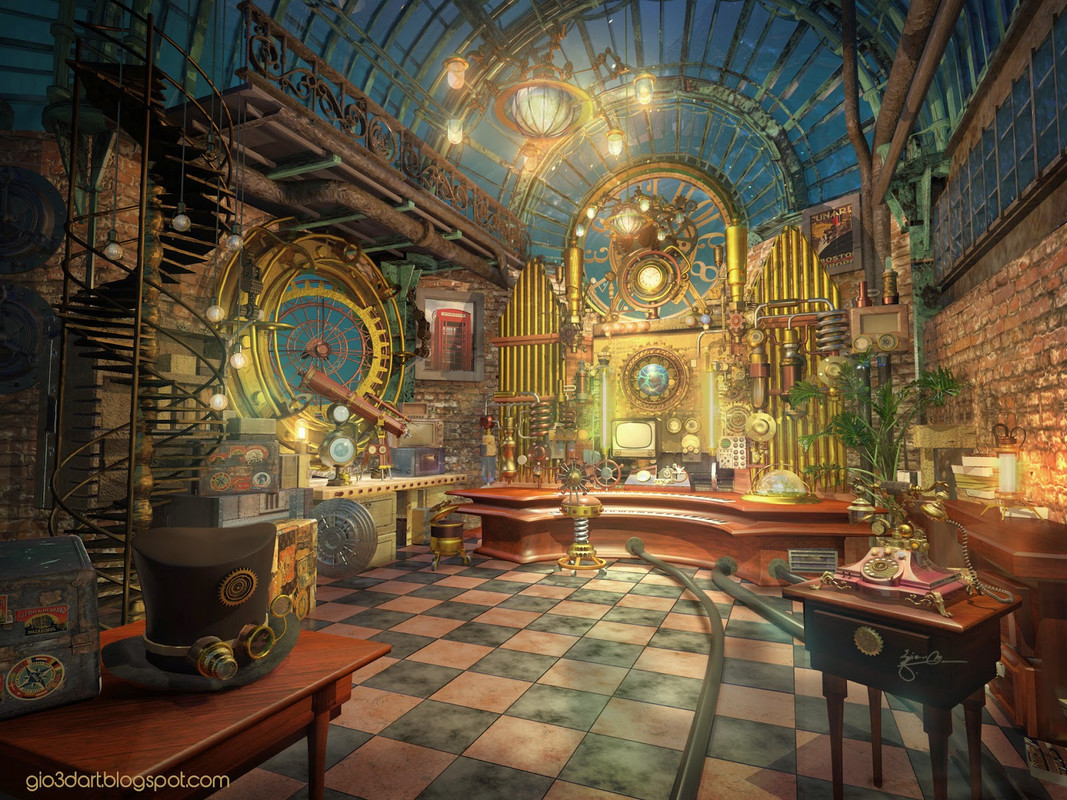 Rp plot :
When she came to Baldur's, Juniper was on some sort of expedition of knowledge, her journey being one big experiment in itself as she has a gondsman along as a companion which she uses and adjusts to make her journeys easier. The metal manlike thing -with a shell that looks like molten rain- also seems to be some sort of protection, like a bodyguard perhaps. Recently the girl has travelled to Baldur’s Gate in the hope to meet people who can learn her more ‘techy’ things on various topics. She highly favors engineers, creators, designers, alchemists and people who can offer her a job and a place to work in such.
Her latest research involves smoke bombs and other explosives, elixirs, wands, alchemy mixed with food experiments.

Special :
During her childhood Juniper has been teased, but also bullied by other kids for a little while. Ever since that experience, and because she didn’t understand it so well, she became socially withdrawn for a time. Not that she isn’t a social person, not at all.
Because of her very techy focus (and mind).... she sometimes ‘misses’ certain things, not fully capturing or comprehending certain facial expressions, body language or comments. In short, it sometimes may look like she has a social skill issue, and may have trouble picking up on certain social cues.
Maybe she also bumps into people who can help her with that? Once she realizes of course!
The reason why Juniper was bullied may also have something to do with her dream. Only a handful of people (aside from a full class once) she ever told about it. Juniper hopes one day to make her own type of airship. Back in her younger days in Lantan this was in itself not very odd idea as others tried it too (and perhaps even succeeded). But what was so peculiar about Juniper's... was her motivation. Cause she'd like to go up really high and try and touch the stars...

-Juniper seems to become more comfortable around people... Though her issues from the past may seem to pop up from time to time.

-Juniper is still looking for ways to build an airship (although has been always secretive about it ever since she arrived in Baldur's...)[/color]

-Her beautiful mind is getting full with ideas again- Added race, classes and a song that matches. Waiting for dm approval

approved and rewarded
"Wirg
An famous Orc who steals from humans. He has many incarnations and is known around the world as the best Orc thief.
Wirg is the best thief."
http://www.urbandictionary.com/define.php?term=Wirg
DM_Bloodlust: "Raptors never give RP's out."
Top