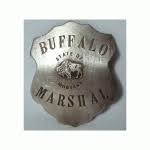 Kellan is exceedingly meek and naive. His entire life has been spent in cloister and he has had little contact with any other than the monks, clergy and templars of Lathander, Sune and Selune. He is kind and especially respectful to all, regardless of their disposition back, preferring to remain optimistic. The young monk priest is quite introverted, comfortable more in solitude and contemplation than social function. Oddly he does not shy from ministering, either to a group or an individual but that is where his oratory talents end. He is awkward in social environments and shy otherwise. He holds nothing but awe and wonder for the high clergy and paladins of his faith as well as their brethren of other goodly faiths.

Late in 1327 DR, the Year of the Blue Flame Kellan Armstrong was born. Apparently his sires had little use for a child. As fortune would have it his unknown parents saw fit to leave him at the doorsteps of a church instead of the refuse heap. The most prominent church happened to be the church of Lathander and that is where his story truly begins. Kellan, meaning slender, was pronounced as the boy's given name by the High Radiance of the church, likely as a result of his extreme malnutrition. He was given by the clergy to and raised by the monks at the nearby Order of the Sun. Throughout his boyhood, Kellan spent his days under the tutelage of the monks. His days were highly structured, both beginning and ending with hours of meditation and prayer. He was taught the ways of nurture and growth, in the ways of Lathander. These teachings began in the monastic gardens where the monks grew produce for their own consumption. Kellan found great peace and a time for contemplation through toiling in the gardens and would spend nearly all of his free hour each day coaxing the verge to growth. The boy grew tall and lean, alternating study between the monks of the Order of the Sun and both the clergy and martial templars of the Spires of the Morning. Kellan's tutelage was broad, showing a middling aptitude for the martial arts but great focus and contemplation for the more devout studies. 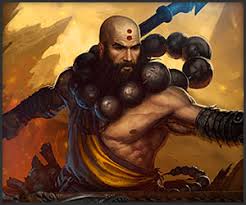 As the boy grew his faith deepened and he was inducted as an initiate to the Order of the Sun Soul of the Lathanderites as well as being ordained as a novice cleric of the Morninglord. The boy grew to manhood in the cloister of the Spires and the Monastery. This walled existence was not to last though, for the Morninglord is a God of action, and requires such of his servants. In preparation for his initial pilgrimage, being assigned to go south down the Sword Coast to serve in the troubled regions of the Lords Alliance at Baldur's Gate he was given a surname, Armstrong. In the year The boy, now a man was turned out of the cloister. He was given a holy symbol by the priests. The monks presented a simple staff and kama. In 1352, the Year of the Dragon, Kellan Armstrong's pilgrimage began, leaving Waterdeep for Baldur's Gate, and from there...... 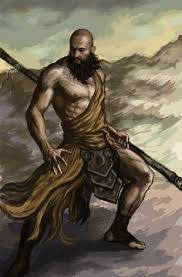 Several months into his pilgrimage, the young man found himself at the someone demolished walls of Baldur's Gate. He surveys the scene in silence, taking in with his eyes what he has known in his mind since leaving the cloister. Many pass him by but he pays little notice, so awestruck is he by the damage. Finally, he gathers himself and enters the city, seeking information of the nearest temple of Lathander and to a lesser extent, the temples of Sune and Selune. They youthful clergyman is quite humble and introverted, speaking in deep yet reticent tones, rarely raising his eyes from the ground when he queries. Eventually the reticent deacon is pointed south, to Beregost in northern Amn and the Song of the Morning toward which he sets out immediately, his bare feet leaving little mark of his passing. Upon crossing the Chionthar Kellan is questioned by a quartet of elves conversing by a fire. The quartet question the naive young priest and as they ascertain his destination, they offer accompaniment through the wilds and perils of the trade way. Kellan, ignorant to the ways of the world having lived exclusively within the confines of the temple accepts the offer. Celduil and his companions are true to their word. The now quintet reaches Beregost with nary a hiccup, and the frolicking fey point Kellan toward the church of the Most Radiant. Drawing himself up the novice supplicant enters the temple, hands clasps and fingers interlaced. He moves to the altar, stopping to kneel briefly before rising and lowering his head in prayer, hands together before him. 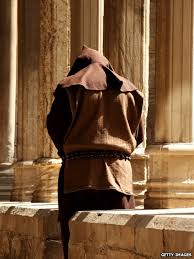 -Find a church of Lathander in Baldur's Gate or the surrounding lands.
-Continue his monastic training and clerical training.
-Draw ties to the other churches of Selune and Sune

Possible Plot-Hook Ideas and Misc Facts:
-Kellan has spent all of his life within the temples and monastery of Lathander in Waterdeep. He is naive of the dangers and temptations of the wider world. The young cleric is often oblivious of dangers surrounding him even as he plods into them, following the tenets of Lathander. His simple outlook has been tested even in his short time on the coast. From moon elven dancers threatening performances that would turn his hair white (if he had any) to paladins leading him on perilous ventures to prove he is not as meek and helpless as he sometimes believes. Kellan is steadfast in his faith, though less so in his martial abilities.
*Yellow text means the marshall is in town*

Reviewed and Approved
~All Their Days are Numbered~
Server Rules
Better read this, so I don't harvest your soul... too soon
Dungeon Master Rulings
To avoid confusement and becoming a soulless husk
~Campaign Coordinator for 1353DR, 1354DR and 1355DR Metaplot~
Top

Rewarded
~All Their Days are Numbered~
Server Rules
Better read this, so I don't harvest your soul... too soon
Dungeon Master Rulings
To avoid confusement and becoming a soulless husk
~Campaign Coordinator for 1353DR, 1354DR and 1355DR Metaplot~
Top
Post Reply
3 posts • Page 1 of 1