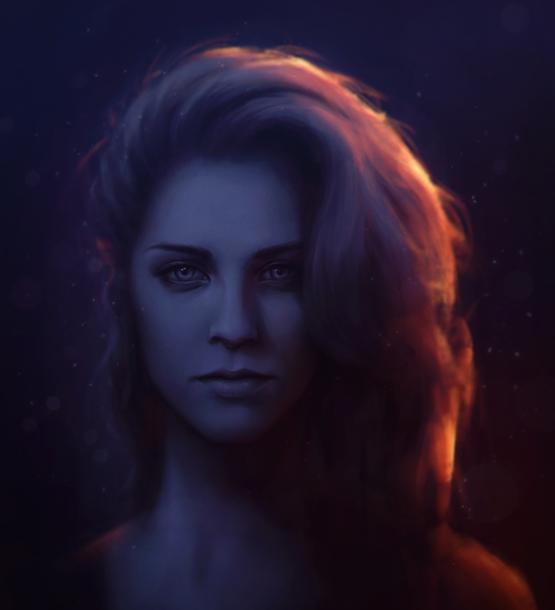 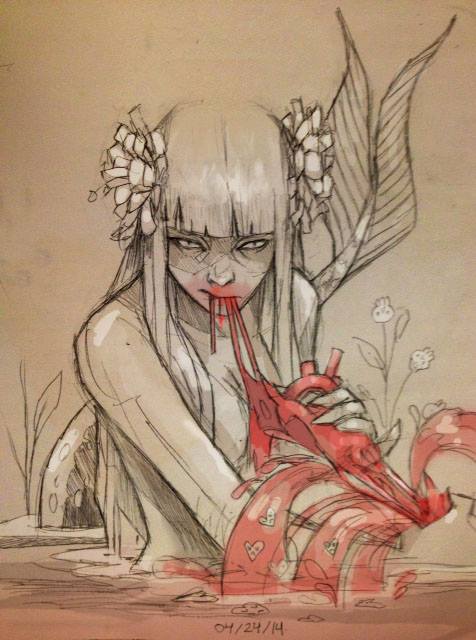 Background:
-Was a Lliiran in her youth and trained to become a Joydancer. This training was never brought to completion, however, due to her capture.
-Former Zhentarim slave. Gathered proof that her former owner, a Zhent Commander, was feeding relevant information to the Harpers. She gathered sufficient proof and killed him, thus earning her "freedom".
-Shortly thereafter, she was betrothed to another Zhent in an arranged marriage. She ended his life too, and did her damnedest to cover it up though this may come back to haunt her.

Goals:
-Earn promotion within the ranks of Darkhold.
-Wax poetic about Bane's vision of peace and harmony (she is boisterously fanatical about this.)
-Assist Dreadmaster Barristan Schulltze the temple ruins below Soubar.
-Work on gaining influence in Baldur's Gate, particularly its trade markets.
-Track down the location of Manshoon and help see the Devil War(TM) to its conclusion.
-More to be disclosed in RP.

Possible Plot-Hook Ideas and Misc Facts:
-Has Antisocial Personality Disorder.
-Currently a Zhentarim Agent.
-A Veteran of Manshoon's Devil War who partook in the final campaign to push the fiends out of Dragonspear Castle for good. She served under the leadership of Kight-Commander Bob Thairo in a small but decisive unit of misfits and rejects--namely The Zhentarim, Ebon Blades, House Blackrose, and a few adventurers brave or crazy enough to tag along. They had the inglorious task of closing off the tunnels that ran beneath the castle, destroying the portals thereof, and slaying devils that more goodly combatants routed from above. The mission was successful, though they met no fanfare afterwards.
-Traded herself for three prisoners associated with the Black Network, held in the Ebon Blade dungeon. After almost a week in the cage, Marietta was conscripted for two moon cycles of indentured servitude to The Ebon Blades. Knight-Commander Bob Thairo attempted to negotiate her freedom, but ultimately Hinzel came in with a higher offer of gold.
-Commonly seen guarding the Boareskyr Bridge.
-Drove caravans between Darkhold and the Northern Outpost.
-Attempted to set up a "neighborhood watch" in Baldur's Gate but her idea kind of lost steam for various reasons.
-Had a hand in the sudden death of Elle Carroll after outing the Loviatarian's misdeeds and nefarious plans against the Flaming Fist.
-Gives free tarot readings upon request, often with a condescending Banite spin on them.
-Restored Hinzel's sight with surgical instruments and scrolls upon the altar of Bane below the Winding Way Tavern, without the use of sedatives. True to her nature, she left him with a nasty scar to remind him of his weakness.
"I have never operated on eyes before, but I brushed up on the optical manual last night so what could possibly go wrong?"
-Was romantically linked to the infamous scoundrel Harlos Lackman very shortly before his latest mysterious death/disappearance. She claims no knowledge about what happened, but she also does not seem terribly bothered by his loss. 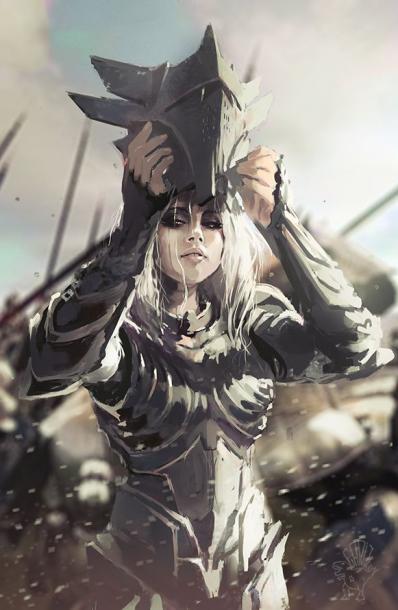 OOC: I made the (perhaps foolish) decision to post some of her bio in the public format to invite RP, rather than repel it. Please do not metagame. Thank you. 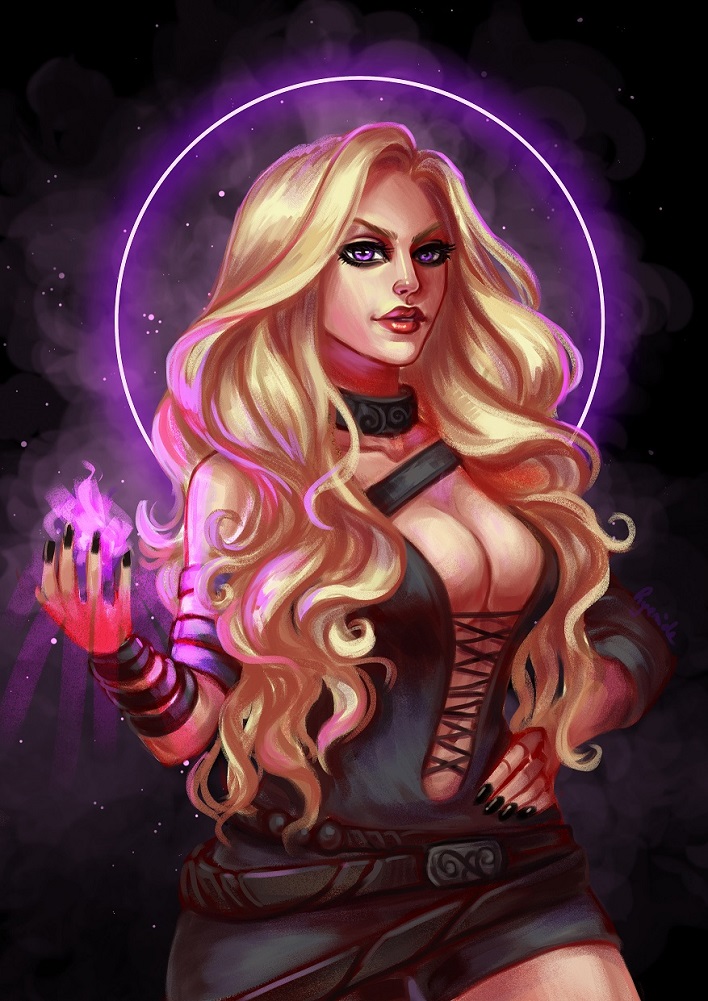 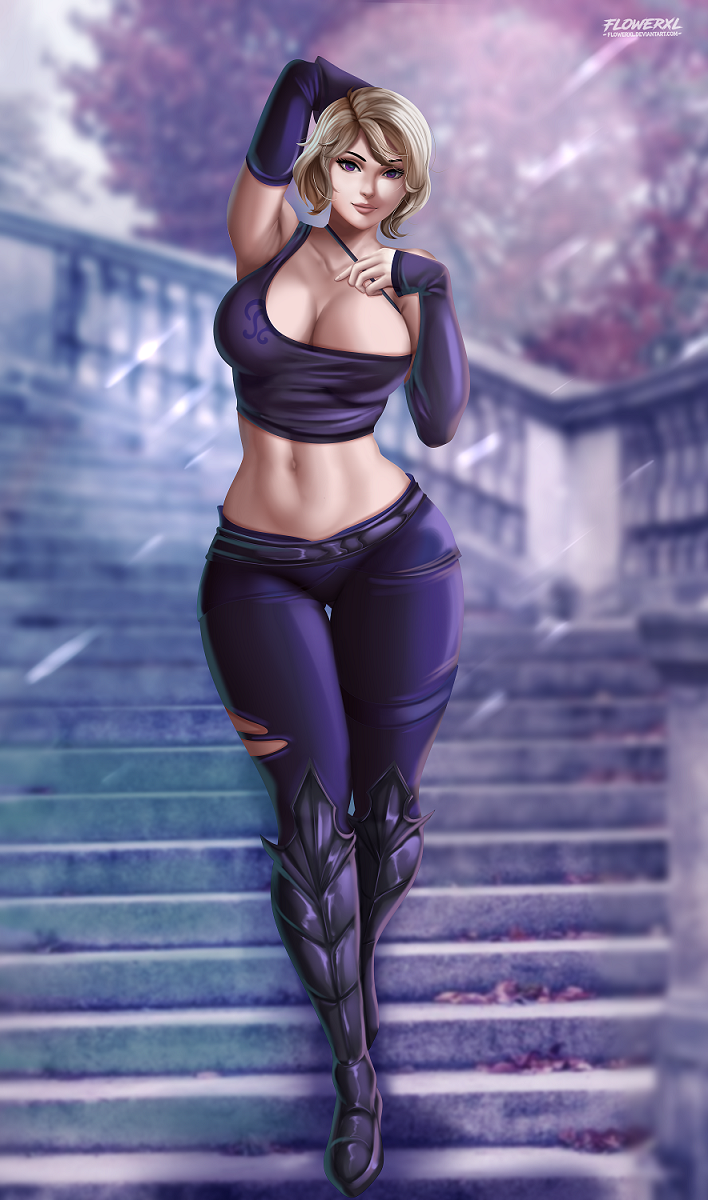 Gift commission from Azroth by Isbjorg on DeviantArt (half-elf is his PC, Alxian):
Hidden: show 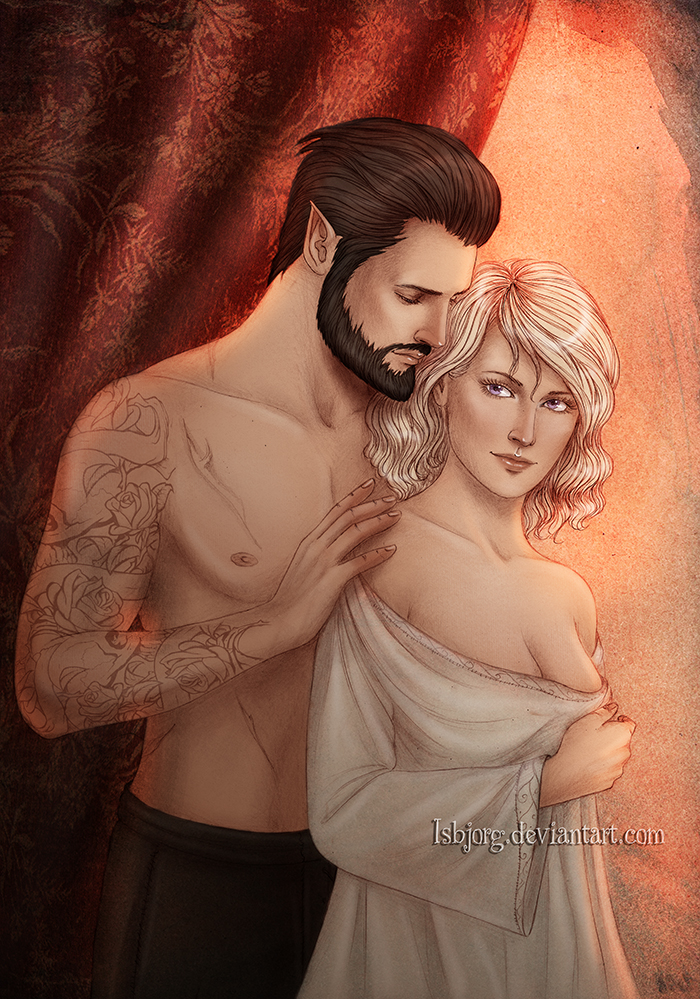 Relationships and associations:
These are Marietta's perceptions and opinions of the following characters, not mine.
None of them are a perfect fit, but oh well. 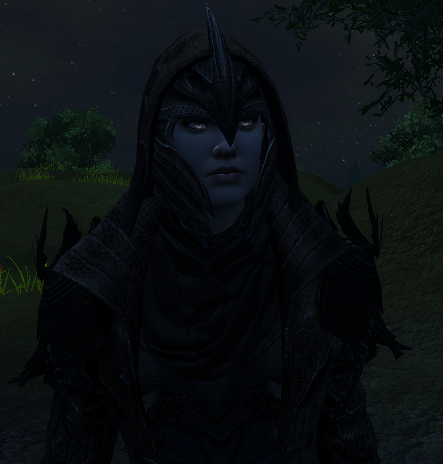 "Did you just say that?"

"I look down on the filthy rabble." 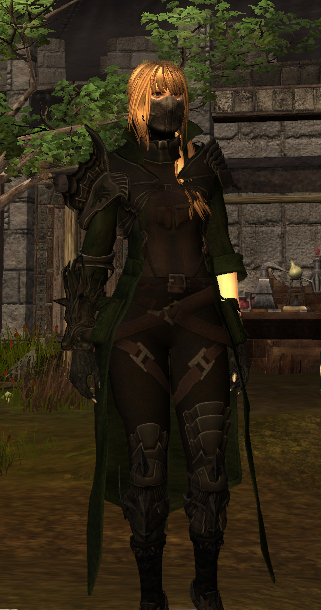 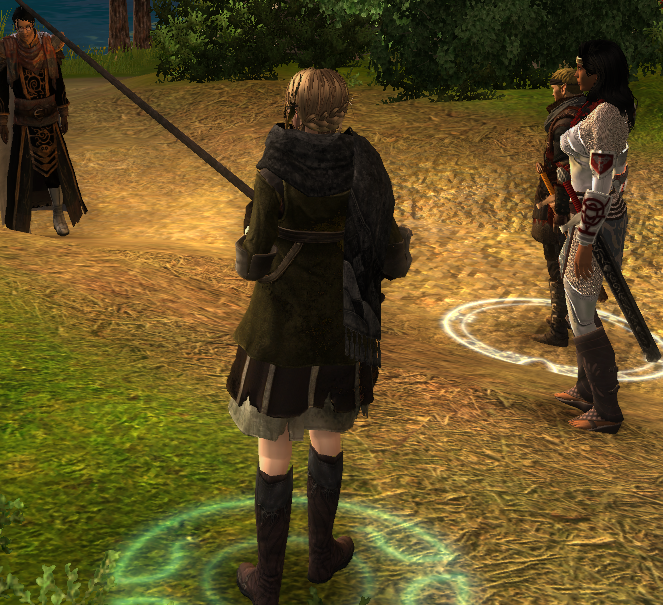