Order of the Radiant Heart Role-Play

Preparations are being made in the Radiant Heart Auxiliary House. Pages prepare horses and baggage. Some of the Men at Arms and Knights are resting up for what seems to be a upcoming trip.
Aaron Lyonaler - Favored Soul of The Red Knight, Grand Knight of the Radiant Heart, Advisor to Duke Eltan, Order of Lions Member
Bio, Journal

For the crime of theft, The Whitewood Vanguard are banned from entry in to the land held by the Radiant Heart, without permission and presence of a Senior Knight.
Aaron Lyonaler - Favored Soul of The Red Knight, Grand Knight of the Radiant Heart, Advisor to Duke Eltan, Order of Lions Member
Bio, Journal

During the late afternoon on the 21st of Mirtul, a figure in a dark brown and blue jacket delivers a small open crate and a sealed letter to one of the Radiant Heart's men at arms guarding the gate, asking that it be delivered to the Grand Knight.

If one were to catch glimpse of the crate's contents, before it entered the compound, they might be greeted by the sight below, a dozen painted figures: 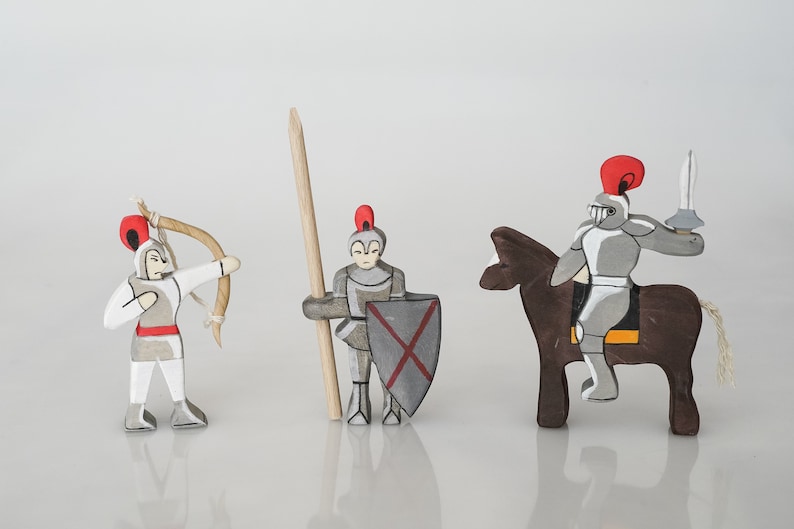 “There is more than one sort of prison, Captain," Chirrut said. "I sense that you carry yours wherever you go.”
Top

For the crime of theft, The Whitewood Vanguard are banned from entry in to the land held by the Radiant Heart, without permission and presence of a Senior Knight.

The last two days were filled with ups and downs within the Auxiliary House of the Order of the Radiant Heart.

Yesterday, the bell in the tower of the Keep rang happily with the celebration of a new Squire, Johnathan Kolmson!

Today the bell rang slow and mournful as the Order then closed it gates and met to celebrate the life of Squire Aesa. Members of the Order arrived from the High halls in Athkatla to witness and partake in the ceremony. Only the poor in need of food and supplies are administered to during this time, all others are asked to return another day.
Aaron Lyonaler - Favored Soul of The Red Knight, Grand Knight of the Radiant Heart, Advisor to Duke Eltan, Order of Lions Member
Bio, Journal

I've been trying to reach you but have had no luck. I have circulated a flyer that explains my intentions regarding these undead attacks and rather than repeat myself I have simply enclosed one of them. I'm told that you may have some information for me and that in turn I may have some information for you. Please read the enclosed flyer and contact me at the Blade and Stars at your convenience.

*the letter contains a flyer identical to the one here*

(( ooc: can't seem to find you online when I am and have no idea what your forum name is to pm you

A tall and broad-shouldered figure makes its way along the road that passes between the farms and the Radiant Heart Auxiliary. Worn but well-kept steel armor adorn the figure, who walks easily with a massive mace strapped to his back, the hilt protuding above their head. Emerald eyes veiled by ginger bangs turn to the banners and guards in front of the gate, studying both.

Moments of quiet contemplation later the figure turns towards the guards, and approaches with a somber expression on his chisseled features.
"Well met. I wish to speak with your commander, may I leave a notice with for him with you?"

Within the walls of the Radiat Heart's Courtyard, the sounds of combat practice and a few voices can be heard drifting over the stone walls.

Vanira steps out of the shadow that surrounds her... eyes on her target. Thwack! The flat of her blade smacks the scout firmly on the back of their head. Much in the same manner that the Handsome Shadow had trained her when she first found Doron Amar. The scout looks as if to complain to the silvery-white haired elf and Vanira raises a challenging brow with a question in her eyes that seems to give the scout pause. Would the words of complaint really be worth it?

Her normally smiling face and light melodic tone of her voice is sober as she speaks her next words, "Had that been a real attack, you'd be dead." Pausing she moved her wintery-blue eyes to the other two scouts that she was also training, letting the seriousness of that sink in. "You are skilled, or I wouldn't be wasting my time with you."

"We will continue to drill until you hone those skills. Focus on not just looking around you but truly -seeing- and -observing-, if you don't see me, you should notice the blade of grass that my foot is touching as it moves, a bit of dust lifting to the air, the slight distortion of an outline of your attacker. There is -always- something that can give the concealed away. Take notice of these things and you will live, if you do not, you will die as well as the ones you are protecting. The knights are blind and it is up to us to see. Now go... " She looks to the three scouts in front of her. "...run ten laps and we will work again with our bows."

She shouldn't be giving them the break, but there seemed to be a great difference in how humans and elves handled drills... and these ones were not used to such training methods. They'd be better for it, but .... Her eyes looked around the training yard a moment before she joined them in their sprints. They would train heavy for the next few days before she gave them rest. It wasn't just the troll king that they had to prepare for... there were other troubles ahead of them.
~Vanira Talamora Renslin (Boots)~
"I go where the feet take me as they have a mind of their own!"
~Menolly Silverarrow~
Druidess of the pack of Bear
Top
Post Reply
518 posts