A druidess walked with her companion through the dense woodlands, the brown bear padding quietly after her. They cut a familiar route toward a giant, gnarled oak, one scarred with ancient runes, but one that promised sanctuary. The druidess stretched and yawned.

"No wolfsbane today, Kuma. But we will look further tomorrow, huh?"

The bear bawled softly in response and Iolanna chuckled, reaching out a hand to the tree- and froze.

A scent caught her, something coppery, something too familiar. As the leaves shifted the canopy of the oak tree above a beam of moonlight fell on the old bark, and illuminated the marking. The bloody print of a delicate hand. Iolanna's core turned cold; she examined it closer, already remembering the scent.

The druidess turned quickly to her companion, a few gestures and animalistic sounds to give one clear message. Learn the scent. Find Menolly.
Iolana Arele, Druid of Greenest
Top

As Midsummer approaches, many servants of nature are seen preparing the Shrines; around the Shrine of Mielikki however, remains an aura of fey magic. Rumours spread that they were visited by one of Mielikki's sacred creatures. 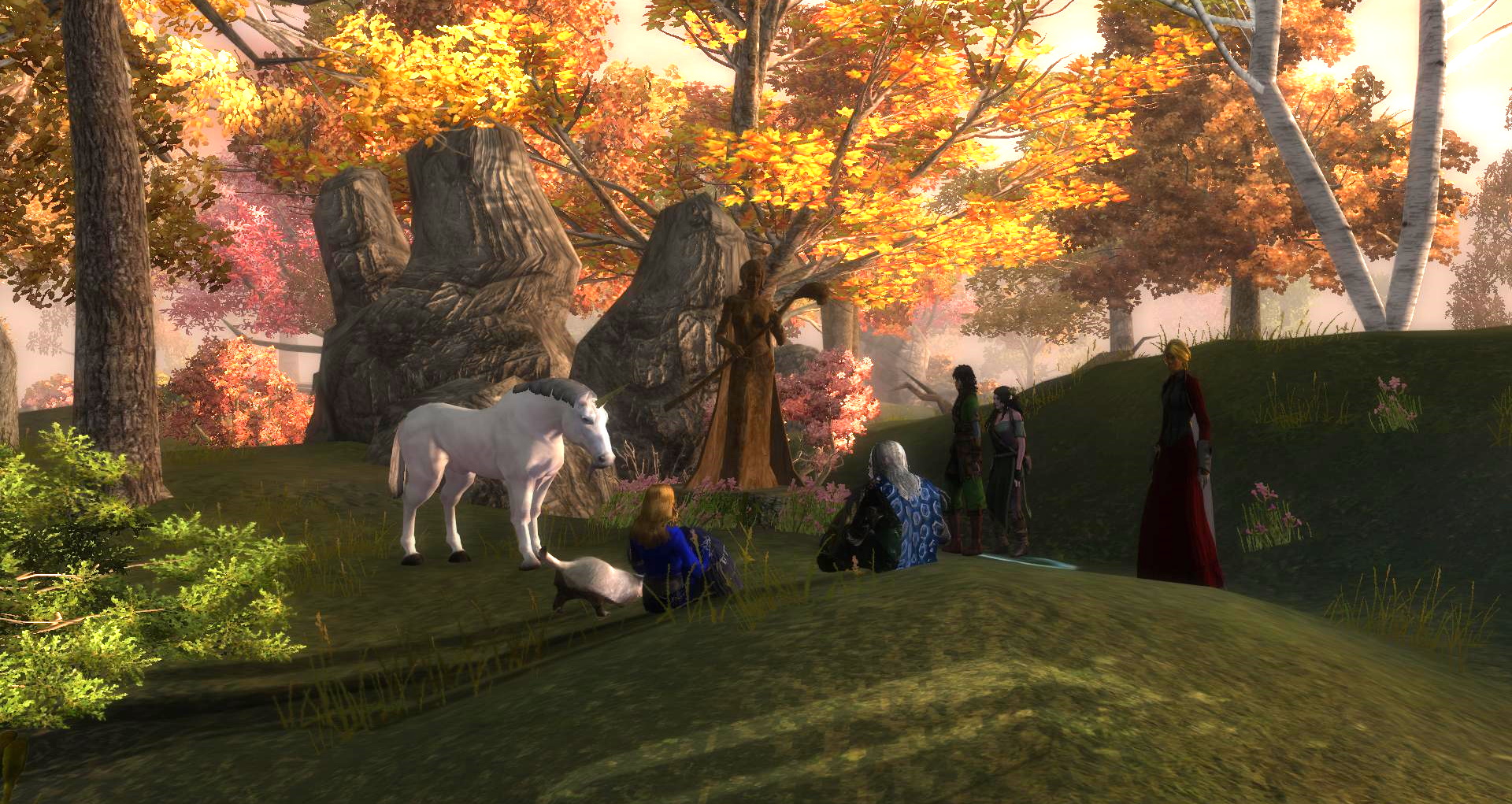 As Midsummer draws to a close, activity in the northern farmlands marks yet another festival to be had. Tents and booths set up, food & drink gathered, and final preparations made. A few extra notices are placed around Baldur's Gate, just in case any missed the first.

Shieldmeet is soon upon us! The Siren's Song would invite all to attend the festival to be held in the farmlands north of Baldur's Gate to celebrate the day.

The festival will last through the day on Shieldmeet, all welcomed within Duchal lands are invited to attend.

Activities will Include:
Prizes to be won from the following special events:
If there are any that wish to take part in the festival, whether it be performing, trading or competing, be sure to show up! Donations and sponsors to help fund the festival and it's prizes are welcome. Contact Captain Fenix Wandersoul if there are any questions or concerns!

A scroll is attached to the notice, listing out the rules of the two tournaments taking place.


Rules of the Martial Tournament:

Rules of the Mage Duels:

//The festival will be held on Sunday, August 2nd, and the events will be strewn throughout the day.
Martial Tournament: 17:00 GMT
Mage Duel: 21:00 GMT
Archery Competition: 00:00 GMT
Drinking Contest: Sometime later//
Fenix Wandersoul - Chaos is a ladder

It was heard from the backs of bars in taverns from Amn to the Gate. Tales of a bear twice the size of a normal brown bear were told most often. Then some of a tiger or calossal elemental with before unseen powers. The beasts would interfere where men were hunting for sport. Elementals would savage logging operations that clear-cut indescriminantly. Some reported terrible plagues of biting insects and packs of enlarged wild animals.

The wilds were not safe for those that abused them.


Other reports of a woman in a mask that had no eye holes also began to circulate. "A beautiful wild woman dressed in leaves and moss." She appeared to lost travelers, the hungry and the sick. Her touch healed woes incurable and closed injuries before the naked eye. She was followed by a warm green or angry red glow and attempts to track her were fruitless as if hindered by some force of magic. Some say twas delirium, the ravings of starved lost people halucinating in the woods after eating bad mushrooms.
Top
Post Reply
1774 posts