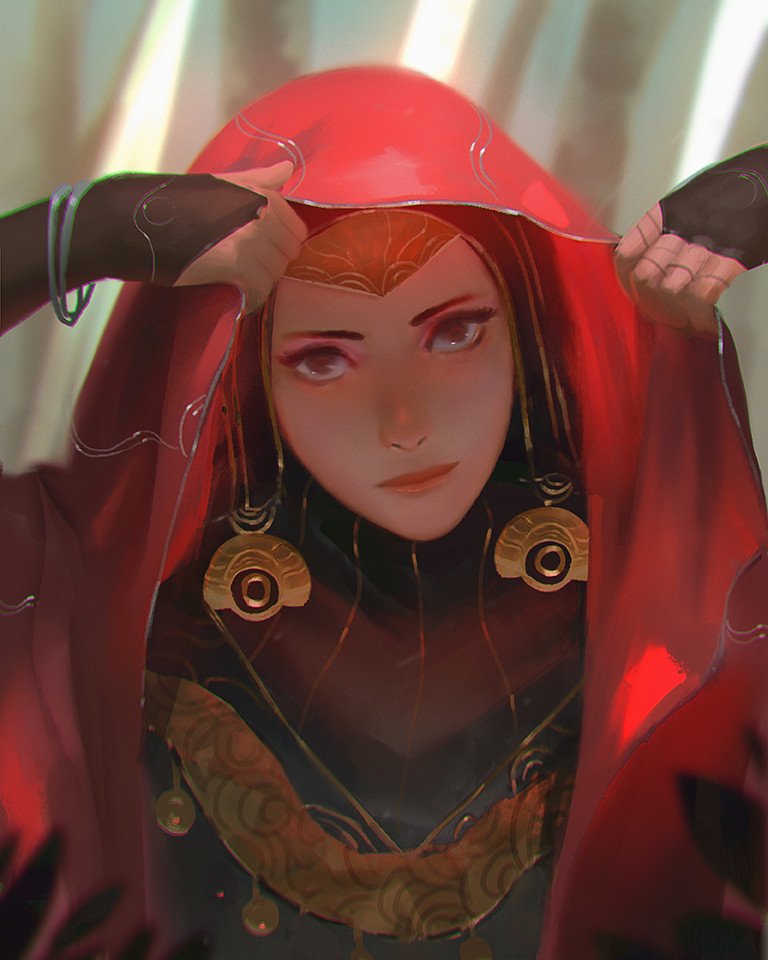 (artwork not from me above) Art By DestoRose
“From the ash in the cinders I rose, a jackal amongst sheep
I am the one…
The front lead.
And only will there ever be one me.” 
Writing one: My Arrival
Born of a land far removed from the writings of equity and mercy, there are so many obscurities that go unrecognized. Like a bird meeting glass for the first time, the world of the Sword Coast has been both sudden and… You can put together the rest. A familiar face, one I've seen time and time again. I've known her as "The Seer". She is the one who sees through spirits and time. While I consider her a true friend, I often wonder what rests behind those violet eyes. My future..? And does she have one of her own? Linetheil the Seer, she who lives through the lives of so many. There is but one truth between us, I never wish to know what is to come of me. A tired old man, usually found in the Friendly Arms Inn.. Sleeping. He has done so very much for us and the Iron Company out of the good for all. A truly selfless man, he is wise beyond his years. The first time I saw this man swing his crippled shaking arms, I was taken back by the sharp crackle of his goddess. It is something I will never forget. A man I’ve known for as long as I could remember. Corey Larsco, my cousin. The closest thing I’ve had to a brother since we left Calimsham. He put together this company with the ambition of a rough stone that never knew the eroding spite of a nation pitted against one another. He is a man who saved my life, and asked for nothing in return.

Gareth
The barnacle that ended up attached to the bottom of our collective boat, and somehow friend I’ve come to treasure. His dedication to his craft combined with his martial prowess has earned my respect. He has far overcome his heritage. I can see his struggle and know one of my own. Words cannot express the admiration I carry for my brother Gareth.

Valduil
For a long while of hearing of House Vale, I had the opportunity to meet with one of their marksmen. Valduil. A man donned in a low back hood, clad in an almost pressed armor. I knew he was militant when I offered to read his cards. His skill with a bow is nearly unmatched, which I found surprising for such a small man.

Upon meeting Osric I was impressed with the name he has built for himself. He is respected and admired by each of his members. His leadership is kind and humble, with a refreshing humility to each task he undertakes. If there was a name for arrogance, stubbornness, and a bad attitude it would be "Jalib". Upon meeting him, he was one of the most arrogant pieces of naeth I've met.. Even so, the longer I've come to know him the more I've developed a respect for this man. He is not much different from myself. A respectable fighter and honorable man, despite his demeanor. I've seen how so many look to him. How they treat him. Its become apparent to me its impossible for him to go somewhere without making a friend.. Whether he likes it or not. I too consider him a friend. Long before meeting Isabella I knew her by name. "The Guide". Both a title and a responsibility to each and every one of the Avowed. With my time spend in the Sword Coast, Isabella has taken to teaching me the most. She has taught me politics, history, as well as anything else I could ever ask for. When being hunted, the Guide offered me sound advice and taught me patience. Beloved by her people and a shining example of what a leader can do for their people, I have the most utmost respect for her. Edelgarde. Difficult to summarize in a simple sentence. She is one of the few demon blooded I've come to trust. She is studious, talented, and well respected as a scribe. Though, if I must be honest with my own thoughts regarding her, I have enjoyed most her ability to talk at length about the latest gossip. She has a fascination with the lowest most petty conversations, which others would be far above. It is a vice I like to stay clear of, as I should avoid listening to rumors. Nevertheless, throwing back and forth the most worthless information regarding the personal lives of others is my favorite part of the day. Edelgarde has become more of a sister to me. I can share nearly anything with her.


Order of the Radiant Heart 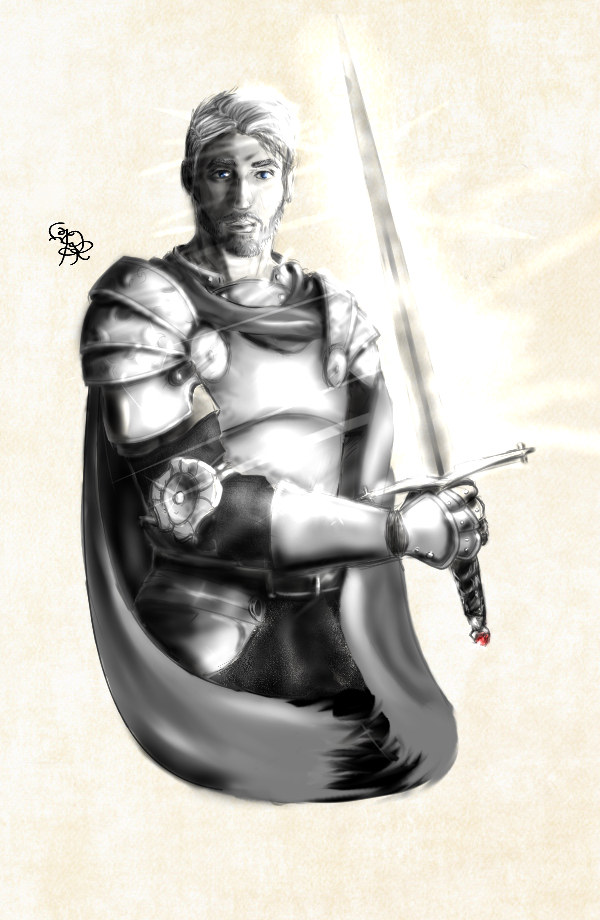 Sean is better known as the best looking knight of the Sword Coast. That man knows how to wear a full plate, but I digress. The Iron clad gentleman is an exemplary knight. His abilities in diplomacy rival even his skills in battle. Always of sound mind and better judgement, Sean will grow into an old man not long after the young age of Nineteen. I am impressed with his ability to command over the Radiant Heart, even if he remains a squire he holds a wisdom beyond even the knight commander himself.


(Work in progress)
(Art takes a while still working on tweaking and finishing)
Last edited by DestoRose on Mon Apr 27, 2020 9:26 pm, edited 4 times in total.
Top

*Updated new artwork of Maya by: Me *
Top

Added Illistration of Edelgarde by: Me
Top