Any Issues or Bugs Should Be Posted in Their Respective Categories

Scroll of Baleful Polymorph has no cast option. It only allows you to Examine, Drop, or Appraise. It also costs only 75 gold to create.
Reader Tarina of Candlekeep — Witch, Enchantress, Dealer in Spirits and Black Magic
Top

In a recent DM event, there were a number of epic sorcerer Mobs throwing out Bigby's. Which was what they should be doing. But then something VERY weird happened: my toon Simsae was attacking the hell out of the Bigby's Hand, but as you can see from the pic below, it had an altogether weird name + icon, and even after getting it down to Zero HP, my toon couldn't "kill" it.

And I was totally stuck in place by the spell. All I could do was attack it, in an endless loop. Eventually, Bloodvine had to manually "remove" whatever the hell it actually was at this point in totally FUBAR status.

So my question is: what the heck bugged out here? And, why is Bigby's such a mess in the first place? Maybe consider going back to how Bigby's once was?!? 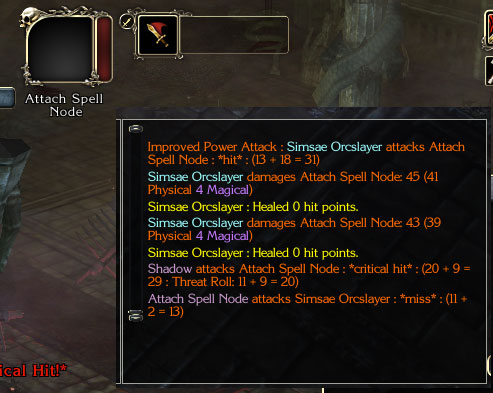 So I cast Greater Planar binding yesterday, But I think I miscast the spell because I summoned a MOOOOOOOVANIC Deva instead of a movanic deva. (It summoned a sleeping dire cow instead of giving me the option to choose my summon) 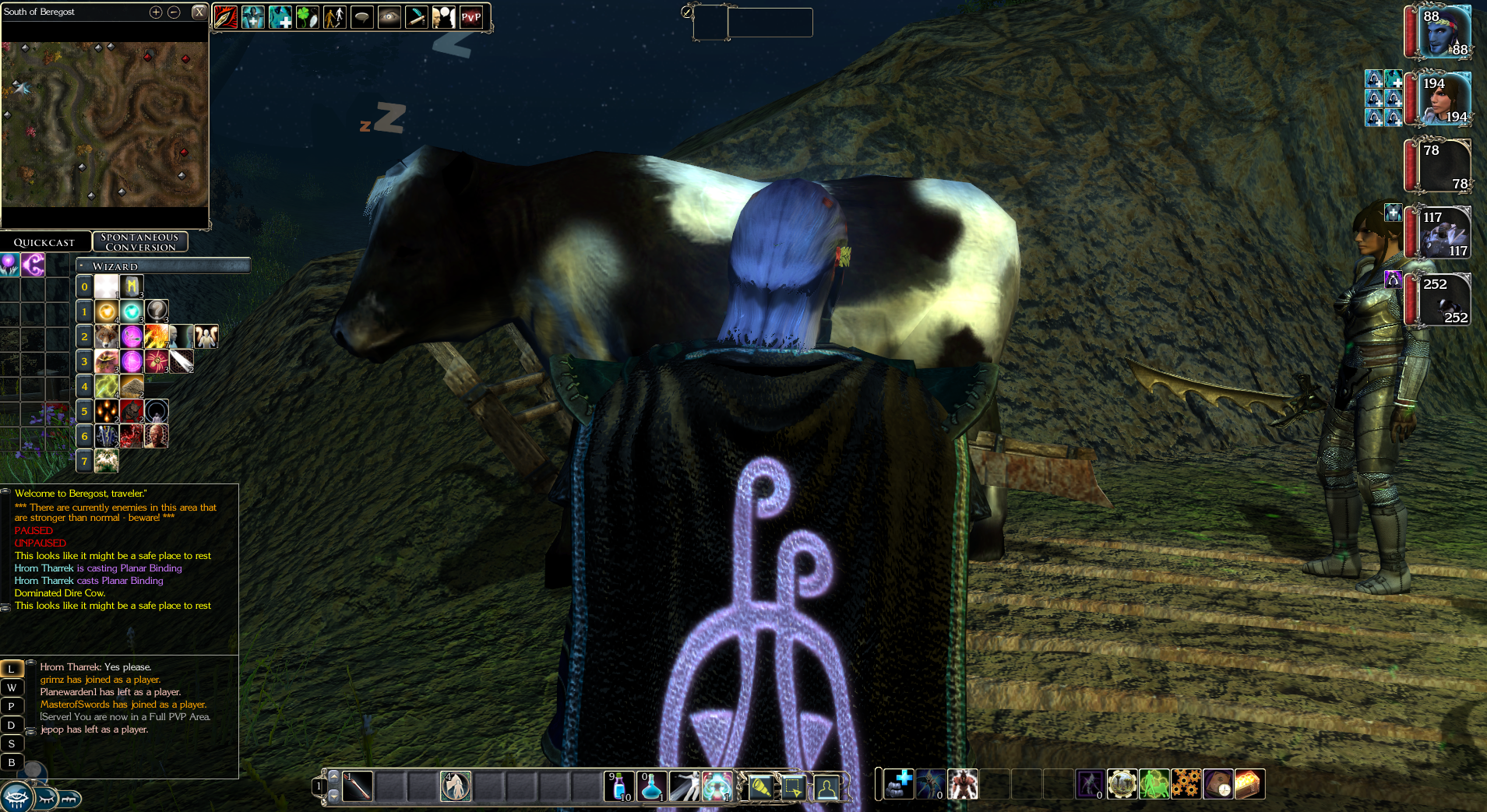 Are you trying to take it from from a class's bonus feats list, or just on a general feat? If a class bonus feat list, which class?
Reader Tarina of Candlekeep — Witch, Enchantress, Dealer in Spirits and Black Magic
Top

Edit: It seems to do this at random. It has now gone back to the normal number of missiles.
Ms Mackarty: Humble and unassuming wanderer
Mora Eldris: Talkative.
Jhana Vehnis: Trapmaster, dabbles in archery
Rachel Evermonte: Painfully serious knight
Top

Reduce Animal scrolls have no 'cast' function, and so cannot be used.
Reader Tarina of Candlekeep — Witch, Enchantress, Dealer in Spirits and Black Magic
Top

got my level 5 as thaumaturge today and tested a few summons but all disapear at resting.
my char mage conjurer 5 lev, olin gisir 7 lev thaumaturge 5 lev cleric 1 lev

so is it a bug or what?, last time i had this form of char it didnt disapear at rest
Top

This has been fixed.
Reader Tarina of Candlekeep — Witch, Enchantress, Dealer in Spirits and Black Magic
Top

every time i learn a new spell i from 229 to 230 and even a log out and in then i stil have a 229 and i have the last new spell i learn but what spell have been remove i have look at up?
Top

Seems like i cant mark an area for plant teleport any where in eastern farmlands. And the new maltz quest where it has you kill mephits and get that bag for him. At the end there is no option to turn it in. I tested it out in thunder ride and mark plant doesnt even work on there right on a tree. I cant mark anything.
Top

Familiars can't cast Halo of Sand or Camouflage, even though they are personal, self-only spells.
Reader Tarina of Candlekeep — Witch, Enchantress, Dealer in Spirits and Black Magic
Top

Scroll of Angelskin is called scroll of Angleskin. Its Use property is also spelt Angleskin. I am not sure if the actual spell itself is misspelled too.
Reader Tarina of Candlekeep — Witch, Enchantress, Dealer in Spirits and Black Magic
Top
Post Reply
1184 posts