The "Year of the Harp" Campaign 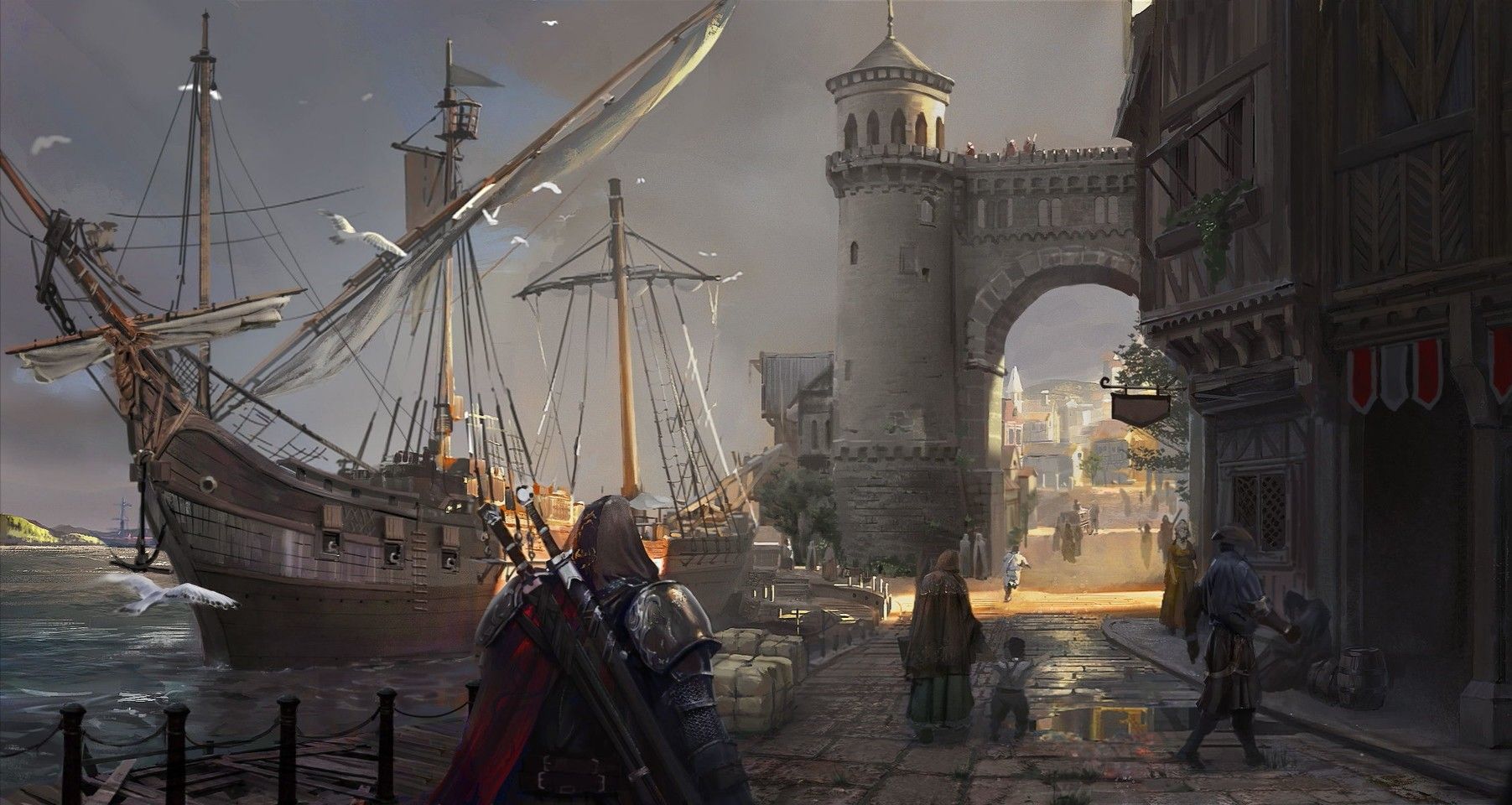 The harbour is bustling with news of three ships have arrived at Baldur’s Gate, sailing under Bandera of Neverwinter. As soon as they’ve arrived at piers, several numerous contingents of soldiers have left the ship decks, forward came a richly armoured soldier that had met with Captain Beluarion and a small group of Flaming Fist soldiers. The soldier, or Commander Vann as he introduced himself, is said to have publically proclaimed to have arrived here with three Companies of Neverwinter’s soldiers as a nod of the Lord’s Alliance to Baldur’s Gate in the growing efforts to put an end to the infernal invasion of Dragonspear Castle. The Commander has been invited to the Flaming Fist compound, while his soldiers station themselves around the Lord’s Alliance Headquarters and Flaming Fist Headquarters for the time being.

Apparently, another three companies have been stationed with Waterdhavian soldiers out near Daggerford- the northern frontline of Dragonspear War.
~All Their Days are Numbered~
Server Rules
Better read this, so I don't harvest your soul... too soon
Dungeon Master Rulings
To avoid confusement and becoming a soulless husk
~Campaign Coordinator for 1353DR, 1354DR and 1355DR Metaplot~
Top

More news spread amongst the public of Baldur’s Gate as, out of nowhere, a group of human and elven wizards bearing emblems of Silverymoon have appeared out in the northern farmlands of Baldur’s Gate. Soon after, they together have opened something that appeared like a magical gate from which came several contingents of dwarven and human mixed with half-elven soldiers- led by a silver-haired woman carrying a staff fashioned into a head of a unicorn.

These soldiers (Several hundreds of them), grouped in separate companies, have in turn been met with a Flaming Fist. After sharing some words with the silver-haired woman and commanders of the foreign soldiers, the Flaming Fist returned back to the city, followed by the woman under intense guard of her own retinue of mages and knights, while the soldiers set up a camp for themselves in the northern reaches of Farmlands. Some may recognise the insignias of soldiers as hailing from Mirabar, Citadel Adbar, Sundabar and Silverymoon.
~All Their Days are Numbered~
Server Rules
Better read this, so I don't harvest your soul... too soon
Dungeon Master Rulings
To avoid confusement and becoming a soulless husk
~Campaign Coordinator for 1353DR, 1354DR and 1355DR Metaplot~
Top
Post Reply
2 posts • Page 1 of 1