Problem with mage staves on this server is they're large so halflings and gnomes can't equip them without monkey grip. They should have been medium sized magic staves but the devs didn't want people dual wielding them or using a shield with them.

Problem with monkey grip Is that it eats up a feat that would be better off used for metamagic and basically imposes an unfair feat tax on small casters to use the staves.

I propose a new polearm feat to be given for free to halflings and gnomes.


I figure if real world humans can use 25 foot long pikes because they're basically all handle, then gnomes and halflings should be able to use the staves in Sorcerous Sundries and halberds and normal spears, but with a significant attack penalty. 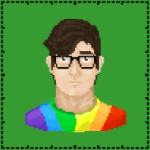 not agreeing nor disagreeing with the overall idea, but to correct something, Monkey Grip requires BAB +1, not 13 str. Even at low progression, you get that at lvl 2
Discord: jojoel#5232
Brazilian Timezone (GMT-3)

Characters:
Runa Helvig - Druidess of the Cat and Keeper of the Halls of Inner Light ( BIO | JOURNAL )
Davka Onyxvein - Scholar of Portals and the Wind ( BIO )
Akordya Ssenozrym - PRAISER OF SLIME ( JOURNAL )
Top

renshouj wrote: ↑Mon Sep 19, 2022 9:19 pm not agreeing nor disagreeing with the overall idea, but to correct something, Monkey Grip requires BAB +1, not 13 str. Even at low progression, you get that at lvl 2

Oh, yeah, you're right. I got its req mixed up in my head with power attack. It's still a feat tax imposed on small casters, though. Correcting my post now, thanks!
Top

AFAIK, Monkey Grip is hardcoded. Might be tricky to get around that.
European player, UTC+1 (+2 during DST). Fixer of random bits. Active in Discord.
Notable characters:
Top

Just a thought, if you cast enlarge person are you able to use bigger weapons?
Top 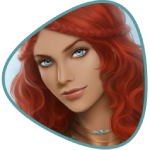 I know around the world there's some weapons called shortstaff or something like that.

Wouldn't it be better to have those with the same properties of the quarterstaves in sale (example: shortstaff of magic missiles), instead of a whole new feat?
Adrie Brightsong, Squire of the Radiant Heart
Mi-Sun Soh , Royal Vagabond
Rose Wintertal , Itinerant Minstrel
Top

Monkey Grip is hardcoded, but what we could do is give everyone MG for free, rename it, then impose additional penalties on people who don't take a new MG feat that lowers them again. In other words, like we did to make everyone proficient with everything. I wanted to include people using larger weapons with that patch so smaller races can use everything but, again, NWN2 is coded in a way that these things are really annoying to work around. But this idea could work.
Tarina — Witch, Apothecary, Dealer in Spirits and Black Magic
Top
Post Reply
8 posts • Page 1 of 1