In the coming week we will tentatively be hosting another live test of the new split module with an empty character vault.

The most alarming thing about this is that you'll notice on the day of the test your character vault will be empty. Don't worry, your characters will have been frozen and archived from the moment before we bring the split module live.

We're going to provide everyone with some tools to grant themselves experience and GP on the day of the test, and if everything goes really well, we'll reset the vault the next day, remove the tools, and bring the split live. Otherwise, we'll have a new list of problems players have discovered to fix, but at the moment we've exhausted what testing we can without a live playerbase.

Since this will entail bringing the "real" module down for a 24 hour period of time, I will be coordinating with other staff groups to decide the best day for this to happen so that nobody's events or RP get significantly interrupted. Stay tuned here for a post once we come to a decision as a staff exactly what day this should happen, and thanks in advance for helping us test this momentous change to our module.
https://www.youtube.com/watch?v=byAfC5yW_hw
Top

The current planned date is Friday, February 12th. If this will interrupt any player-run events or stories please contact me so I can try to reschedule.
https://www.youtube.com/watch?v=byAfC5yW_hw
Top

I'm not going to be here to watch tomorrow for bugs, and since this is probably something I'm going to have to monitor closely this test has been postponed until Friday, February 19th.

See you then!
https://www.youtube.com/watch?v=byAfC5yW_hw
Top

Sad news, it's not coming today, unfortunately I had less time to get the testing tools for players ready than I expected. I'm going to try to get it all done today so we can still try for the test perhaps on Monday (since I don't want to take the server down on a Saturday/Sunday, the busier days for both events and player count). I'll post later with more information.
https://www.youtube.com/watch?v=byAfC5yW_hw
Top

Apologies for the postponement of the server split.

We're looking to set up the split test day on Monday, March 1st. For questions or remarks, feel free to let me know! (And don't forget to sing your praises to Endelyon regularly)
Always feel free to ask me anything! I may not always answer immediately, but I always answer. 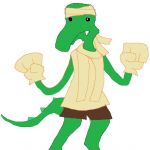 Q: All my stuff is gone from storage on server 2, storage has blank rows, my packhorse has different inventories between the two servers, what gives?
A: We know, don't worry, this is a test module and this is a measure we have to take until we migrate these systems from campaign DBs to SQL. Your stuff isn't missing or gone, it's just not showing it to you right now.


Q: Will my character get saved during the test?
A: Yes, but the vaults and database have been frozen from right before the test and will be reverted to that state following it. Your progress will be saved until then, and then you'll lose it all and revert to whatever you had this morning before it went live.


Q: What do you need us to test for?
A: Just play normally. Post bugs on the relevant forum topic here: viewtopic.php?f=25&t=74910


Q: Why do some ADL files fail to verify and download twice?
A: This is working as intended in order to keep our original ADL files in tact without changing them.


Q: I tried to connect to server 1 and it bounced me back to server 2! (or vice versa)
A: To prevent warping and other forms abuse you cannot manually change servers after logging into one and will be sent back where you belong.


Q: I'm stuck in a loop and bouncing between servers!
A: This is a known issue, try not to rapidly bounce between servers once you learn where the transition points are. If you get stuck in one of these loops there is no known fix currently but please report the circumstances that it happened under.


Q: What's wrong with the player counter?
A: It will not work during the duration of the test, Zanniej will have to update it with a split population count once we have the split servers working and everything set in place. In the mean time you can see the server(s) population on http://nwnlist.herokuapp.com/

Q: How do I send tells to someone on the other server?
A: You should be able to send tells across servers with the following commands:


Q: I thought this test was going to be with an empty server vault, why do I still see all of my characters?
A: I apologize for the miscommunication. For simplicity's sake I decided to go with a frozen vault instead of an empty vault with a rollback at the end of the testing period. Functionally speaking it won't make a huge difference as either way everything would go back to the way it was prior to the test.


I will update this with more information if it becomes necessary.
https://www.youtube.com/watch?v=byAfC5yW_hw
Top

The test is now live and will run for the remainder of the day or until it becomes evident that the server isn't stable enough to stay this way.

The live test is concluded. Obviously we still have some minor problems to work out so we'll post again to schedule another test when the final problems are ironed out.
https://www.youtube.com/watch?v=byAfC5yW_hw
Top
Post Reply
10 posts • Page 1 of 1