The masked drow has not been seen in Rockrun for days. The hut she had once claimed as her home now lies empty, abandoned, with no clue as to whether - or when - she shall return to it.
European player, UTC+1 (+2 during DST). Fixer of random bits. Active in Discord.
Notable characters:
Top

After they were done trading, they proceeded eastward to Undrek Naudal, and deeper into the Underdark...
European player, UTC+1 (+2 during DST). Fixer of random bits. Active in Discord.
Notable characters:
Top

The masked drow returns, nonchalantly reclaiming her old haunt as though she had never left. Where she had been, she doesn't choose to share with anyone.
European player, UTC+1 (+2 during DST). Fixer of random bits. Active in Discord.
Notable characters:
Top 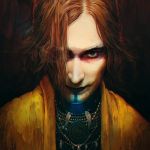 A small squad of Upperdark dwellers escorted a group of lost surfacers to gnome village. There was exchange of pleasantries, threats and coin. No blood was spilled.

DM Dreamer wrote: ↑Tue Oct 12, 2021 12:41 am A small squad of Upperdark dwellers escorted a group of lost surfacers to gnome village. There was exchange of pleasantries, threats and coin. No blood was spilled.

Having heard about a group of followers of Torm walking through the underdark, a young Drow has sent messages with a symbol of Tyr interested in meeting them.
Top

There has been a lot of activity around the masked drow's hut these past cycles. Several cycles ago, two drow women were seen visiting her (with a considerable delay between their respective arrivals), and only emerged sometime in the subsequent cycles.

More recently, a male drow and a masked female, presumably also of drow heritage, were seen leaving the hut this cycle. The large male was holding his left thigh, but otherwise capable of walking on his own two feet. They wandered down the streets, doing their best to fade into the streets and crowd. Both of them were battered and bloodied, though the female seemed healthy enough now.

It would not be the first time, however, that the occupants of that hut had demonstrated a willingness to teleport directly into it. Perhaps they returned from an adventure gone wrong...?