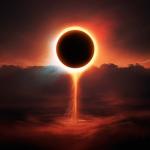 A Calling for Assembly 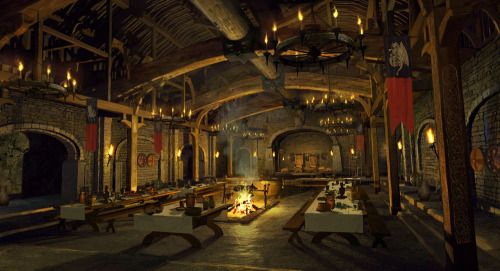 Within Baldur's Gate, it would become increasingly obvious that the Flaming Fist are being rallied and organized, with attentions to the north. It is even rumored that squadron's away on mission in Chult have been recalled.

Meanwhile, a letter is circulated through the city both by word and by parchment by the Herald's working out of the Palace and bears the Palace's official seal.
[parchment]
A First Calling for Assembly of the Noble Adventurers, Treasure Hunters, and Charlatans of Baldur's Gate

by the People's Duke, Grand Duke Belt of the Council of Four
A grand feast on the bounty of the lands and breweries of Baldur's Gate will be held at the Palace to encourage discussion, sharing of information, and dialogue regarding the threat of which the Black Citadel presents to Baldur's Gate. The Citadel which is located between the Trollclaws and the High Moor.

The assembling will begin after sunset in five days, on the 5th of Marpenoth, 1354.[/parchment]

The first Assembly of Noble Adventurers, Treasure Hunters, and Charlatans of Baldur's Gate occured in the Palace Ballroom yesterday in Baldur's Gate. Many factions and individuals came together to discuss the Denizens of Dragonspear bringing war to the northern reaches of the Western Heartlands. Grand Duke Belt hosted a grand feast and presented his adventuring companions from yesteryear, the Companions of the Jaded Jar. Some of whom were involved in breaking the siege in Daggerford.

Grand Duke Belt announced that he was sponsoring the formation of an adventuring guild known as "The Assembly of Noble Adventurers, Treasure Hunters, and Charlatans of Baldur's Gate" or simply "The Assembly" for short, named after the gathering. The group was formed with the express purpose of gathering intelligence and disrupting fiendish activity wherever it is found and can reasonably be acted against. Individuals and groups alike were encouraged to work with them. The group would be financially backed by Grand Duke Belt as well as the other Dukes and organized by the Companions of the Jaded Jar. The Grand Duke saw the benefit of the adventuring community, their strength and diversity. How such a group could well compliment the military might of the Flaming Fist and their allies in the Lord's Alliance and solve problems in unique ways and with much more rapid response than the slow movements of armies.

As Duke Belt's ball got underway, the palace was shaken by an explosion that incinerated one of the palace shrubberies, the one on the South West corner of the Palace. 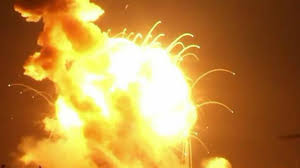 Rumours spread of a devilish assault on the Palace in order to slay Duke Belt, foiled by the brave men of the Flaming Fist. The official statement put out by the Grand Narlhelm, however, is more subdued:

[parchment]Let it be known that an attempt to bomb the palace by a tiefling arsonist has been foiled. When detected, the tiefling triggered its bomb early and summoned a fiendish ally, who was put down by the soldiers guarding the palace without loss of life.

Duke Belt did not let the affair spoil his ball and offers his thanks to the brave men of the Flaming Fist.

General Scar has stated that the Flaming Fist offer a bounty of a hundred thousand gold for information that leads to the arrest of the perpetrator. The suspect is thought to be a tiefling user of magic, clad in dark robes with red or brown skin. Gender is unknown. The tiefling is suspected to be connected with the fiends responsible for the dreams afflicting many planetouched in Baldur's Gate.

A flier is circulated around Baldur's Gate, honoring the heroic bravery of Grand Duke Belt's "Assembly". Heralds move about the city, reading the contents in dramatic proclamations.

[parchment]
The First Battle for Freedom: The Battle of the False Camp
A recalling of events by the People's Duke, Grand Duke Belt of the Council of Four
A grand and heroic battle occurred a tenday ago in the High Moors. Assembly of the Noble Adventurers, Treasure Hunters, and Charlatans of Baldur's Gate came together at the beckoning of the People's Duke, Grand Duke Belt, to fight against the menace in the moors. The Assembly worked in coordination with the Knights of the Shadowy Cloak of Trielta Hills and the Dippledop Research Initiative to deliver a lethal first blow to fiendish troll army moving in the High Moors. May they be honored for their bravery and courage.

((This was sent to Theo some time ago but due to RL we've not been able to follow up on it, this seemed the best spot to post it so that there was a record))


artemitavik wrote:
Mon Nov 05, 2018 12:18 pm
On the 5th of ((Forgotten Realms November)) A formal letter is sent to the Court for Duke Eltan and Belt to read regarding the salt experiment expedition:

I take this quill to parchment to advise you of a development in the fight with the Devils in the north. Acting on a bit of information that was incomplete, a few of us decided to enact an experiment regarding the threat posed by the slimes that are used by the enemy. Northwatch Commander Wren DeCorvi was part of this expedition and can vouch for my words.

Having heard that some of the slimes that the Devils use seemed to avoid salt, I wanted to look into the possibility of maybe being able to employ it to our advantage as preposterous as it seemed.

I prepared several small pouches of salt from my inn's supply with a small alchemist charge to explode and disperse on impact. The hope is that it wold damage the slimes, similar to perhaps a slug.

This was not the case. We were assisted in finding a black slime, which was docile till we through the bomb at it. However, it did not attack the aggressor, but the nearest person. It is possible that the salt drove it to attack what is nearest, but we were not able to verify this at this time. If that is true, it may be possible to turn the black slimes against the troll and devil armies' own ranks by driving them into a fury. We will have to test this further.

The real result was against the golden slimes that coated pillars and such. When solidified, these slimes are as hard as equivalent thickness mithril plating, making anything they armor or fortify highly resistant to physical attacks, as well as traditional attack with fire and the like. However, when struck with the salt bombs, the golden slimes bubbled and retreated from the struck area, leaving what they were protecting completely bare and vulnerable.

This bares great significance when facing anything fortified by the golden slimes, as it can quickly peel away their defenses against physical and elemental attack. Though we were unable to verify this because due to lack of being able to find a troll in our limited time, the trolls that are covered in thing layers of this slime may also be vulnerable to salt to strip their defenses. If that is the case, then some sort of distribution across the field, perhaps in the gnomish color-explosion devices used for celebrations, could significantly compromise the defensive capabilities of their conscripted forces.

This brings me to my third point. The Lizardfolk of the Moors are under heavy pressure and have put aside clan and tribe differences to make a final encampment at their sacred hatching grounds.

Qist, the lizardfolk ranger we encountered within the Moors on our trek, notes that the shamans there are attempting to summon an elemental guardian, but may not have time before they are overrun.

Qist is attempting to compile a list of things the shaman there still need for this ritual, which successful, could not only deny the Devil's another slave-conscript race, but also significantly harm their forces in the region.

I would put forth that perhaps some sort of aid to help the Lizardfolk delay the advance of the forces against them would be highly beneficial for the war effort, not only denying our enemy more forces, but in the end gaining allies as well. They are not able to relocate due to the nature of the grounds being a spawning ground. When the list arrives, I will contact others and perhaps the Elder Circle for assistance regarding the ritual and gathering the components the lizardfolk need.

A Second Calling for Assembly 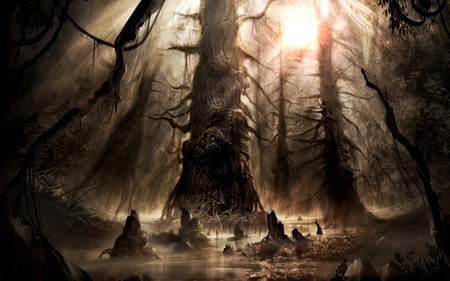 Once more, a letter is circulated through the city both by word and by parchment by the Herald's working out of the Palace and bears the Palace's official seal.

A Second Calling for Assembly of the Noble Adventurers, Treasure Hunters, and Charlatans of Baldur's Gate

by the People's Duke, Grand Duke Belt of the Council of Four

On tomorrow, with the aid of the Battle Mages of the Flaming Fist, the Assembly will be teleported from the northern farmlands to Beldaranamoor to consult with the United Lizardfolk Tribes of the High Moor. The purpose of the meeting will be to discuss strategy for defense against the looming Troll and Devil Army marching on their position.