RP Supporting the Hellriders of Elturel and Triel Base

The "Year of the Worm" Campaign

A blonde tiefling has been seen recently at the Fort, occasionally moving out to scout - typically, marking patrol routes, observing movements, and studying in detail the fortifications set up by enemy forces in the region. Each time he visits the Fort, he arrives by wagon, with cargo of supplies to include provisions and foodstuffs, basic arms and armor, and cut lumber for construction. Each time he leaves, he carries a detailed writeup of what he had observed, to be compared with that of other scouts. Additionally, he asks garrison leadership what supplies they are short on, in preparation for the next visit.
Nathan Goldenmane - Mercybringer of Ilmater

Aaron stood over the table.

Temporary tents were set up outside the main Fort at Triel. Those who occupied the camp aiding the Hellriders moved about the field and to other tents, as their duties demanded. Along the surface of the table in his tent were letters, missives, and reports. The scouts had been out in the field seeking out information on the enemy. Before the main planning could be done, they would need enemy numbers, placements, magical prowess, and so forth.

Many had murmured that hobgoblins would pose no issue to the combined might of the para-military force aligning to aid the Hellriders. But, Aaron knew the threats they were to face. Hobgoblins were not as strong as Bugbears or as fearless as the Undead, but they were a culture of strength of arms and warfare. They would be disciplined, organized, and tactical. Leaders among Goblinoid armies, they could command Bubgears and goblins. But, were also known for breeding Worgs and Wyverns to fight alongside their soldiers.

Simply cutting the head off will not be enough. The forces in the camp must defeat the War Leader, and then enough of the combined armies of the hobgoblins to cause a rout; if they were to be scattered. These were not Kobalds who would bolt when their leader perished. Enough of the bulk of the enemy would also need to be crushed in order to cause them to flee and not align under another War Leader shortly after.

No cavalry charge from the Hellriders could be called on to flank the enemy and drive them off. The forces in the camp facing the Hobgoblin army would need to come up with plan to position the enemy on territory they chose, and find a means of dealing sufficient damage to their forces and cause a rout, while at the same time trapping the enemy leader in the fray.

But, before plans could be made, the reports would need to come back from the field.
Aaron Lyonaler - Favored Soul of The Red Knight, Grand Knight of the Radiant Heart, Advisor to Duke Eltan, Order of Lions Member
Bio, Journal

After returning to the Order after a small trip, Adrie returned immediately to her work. Once it was shown the way to the fort to support the Trielta, she adventured into the forests for signs of Hobgoblins. Given her (partial) attitude to magical items and the like, she would have also checked around in search of magical items or traps - hidden or not. If they existed and she recognized them, she would have scouted back. Whatever the case, she went to scout along with the pale elf... all that, in the service of Helm - as a good Helmite that she is. And just to be sure on what she's going to see, she used her Gem of Seeing - to maybe see through some minor illusions, maybe capable to hide some tracks that others might have otherwise missed.
«Maybe it won't solve much, but...» she muttered to herself, as she scouted the land in the search of the hiding hobgoblins.
The fort had to be defended, and she would have done what she could to ensure that part.
Bethany Wynne, Golden Wheel Director for the Sword Coast (momentarily retired!)
Eleazar Houbraken , Lost Soul (Retired, for now!)
Oriana Colds , Candlekeep Guard-in-Training , Training in the keep.
Morn Greyman , Mercenary and Bounty Hunter
Top

Alyssia returns to the camp once again, with another mithril breastplate and places it in the donation chest along with another delivery of fifty basic medical kits. She offers her assistance again in the Illmatari medical camp, providing tender care and moral boosting conversation to the wounded from the patrols.
Amora Lininlith: A shadow in the Dark, to protect the light.
Alyssia Leonheart: Favored of Firehair, High Lady of the Halls of Inner Light
Top 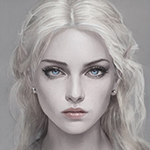 She greeted and nodded to each scout as they slipped off to do their work and answered questions and further explained the tasks to Adrie and Nigel before they set off on their way. She had hoped that a few others that she had talked to would have come to aid in this task, but they should have enough scouting to get started. There would be other such missions again ahead.

The elf slipped off into the shadows beneath the trees. There was a slight sway to her movements, shifting to blend with the same rhythm of movement that the wind touched the trees with. Silverarrow, the Handsome Shadow, had aided her in learning this technique and she had worked hard to master it. The shadows of the wilds were different than those within the city and a well trained eye noticed the difference and would become alert. Attention was something she wished to avoid today.

She moved slowly, taking mental notes of the hobgoblin activities, numbers, supply caches that she came across, how many appeared to be those with magic finger waggling abilities. Did they appear to be getting along, or did was there some discord in their ranks? She lingered for a time and watched their body language and attempted to read what she could from them. The leaders, how many did there appear to be? Slowly and with a soft step the elf moved confidently closer. She looked for maps or notes, unsure just how organized they just might be. Were they in fact working with the Zhents? How many tribes were joining together, were there multiple tribe symbols marking things?

She greeted the others when she made her way back to the command tent and fell into the left of the Grand Knight's side and shared her findings with him and the others. Now the pieces would move on the table and the strategy of coming battle plotted.
~Vanira (Boots)~
"I go where the feet take me as they have a mind of their own!"

Once more, did the Broad-shouldered Warrior Poet ask around to find out whom may have invoked prayer to Three Thunders.

As he went around asking both soldier and civillian alike, so did he offer his sword-skill to a singular patrol...
Finn Macallister
Ulf Hjalmarson
Alaan Skriesong, Anarchist, Assassin, Wild Person- Retired with his She-wolf Elfling in a homely cave -Retired
Top

*Today the Triel Auxilary Militia Arcanists have met for a third time, to discuss updates and weave their plots. It was a short meeting, only lasting about a candlemark after which everyone disbanded. Amongst topics discussed could be overheard updates on collective and personal efforts, planning for arcane defenses and preparing contingency guides for rapid deployment.
Last edited by DiceyCZ on Fri Jan 22, 2021 3:43 am, edited 1 time in total.
Niyressa Dawncrow (bio) - Steward, House Aldren
"Magic is Chaos, Art, and Science. It is a curse, a blessing, and progress. It all depends on who uses magic, how they use it, and to what purpose. And magic is everywhere. All around us.”
Top

Soldiers and Militias and adventurer personalities mingle in the general area freely. There is cooperation working on many things, armouring up the Hell riders militia which has been going well. One flag waver was seen to be resplendent in mithril armour, a scout was burdened with more arrows than he could realistically take on patrol, Nonetheless the arming of the defence force was going very well.

Some confusion occurred over the complexity of trapping and after a casualty to a trap things have been put on hold and traps removed except for specific areas. Improving defences is an ongoing matter involving magic spells and experimenting with Guards and Wards for aspects. This collusion of skills and egos and deity does not go entirely smoothly and diplomats are often required to make anything happen at all.

Activity wise there has been little to engage such a widely skilled collection of small but very powerful groups. Some skirmishing some intelligence gathering and minor testing of the responses offered by the defenders to infiltration attempts both magical and sneaking.

The lull before the storm perhaps or an enemy disheartened by the resources arrayed against them, time might tell.

A Militia member Tilford Thrice has been heard to discuss the sounding of the bell in the name of Hoar.
__
Lore Base of the 1353 Campaign

A small halfing is seen slipping into the group with the other scouts looking for another person in particular. As the rain picks up he lets out a sigh, "You are lucky I like you Boots." He grumbles pulling his cloak tighter.
The elf looks at him with a grin, "Well of course we like you too Longfoot. We know the rain isn't your favorite so know that we appreciate your aid in this even more. Now off we go..."
As the scouts move out he follows till they get close to the mark. He then slips off on his own and goes down the checklist he got from a silvery haired elf. “Well here we go…” He looks out on the patrolling goblins as the rain pours on his head and slips beneath the small rock overhang. He takes count of how many magic users he sees as well as any mounted infantry. He also keeps an eye out for any secret passages or tunnels they may be using to travel quickly in-between the camps. With one last sigh as he sets in for the long-haul.
Top
Post Reply
54 posts