Those that know the young aasimar bard, Enielli may take notice of her absence of the last few days. She can usually be seen frequenting the Elfsong's outside tables, but has recently sequestered herself away. She comes out of her room from time to time to get food and drink, only to quickly return. If asked she tells people that she's been inspired and is in the middle of writing a ballad. If pressed further for information she just smiles brightly and tells them she will perform it once it's been finished. The only scrap of a clue she will reveal is that it is titled...

A blonde man could be seen in the company of a group of workers moving a cart of supplies to the Halls of Inner Light. The cart disappeared inside, and incantations were heard.

Afterwards, the Carts were returned to the House Darius warehouse in the Harbor. Before the door closed, a wagon inside could be seen being loaded with numerous supplies - enough for some larger journey. Included are medical supplies, fit for triage after a battle. Presumably whatever operation is being planned is quite serious.

Later that night, the same blonde man could be seen making way for the Church of Mystra.

The look on his face was one of urgency.
Nathan Goldenmane - Knife Fighter of Sune

Jackard Marks, of Rocky Creek Trade Company, may be noticed about the city more often than usual this past tenday. Initially there upon business, it seems that something has sparked an interest in remaining for a time. He has spent time within the tower of the Lord's Alliance, as well as the fortress of the Flaming Fist.

Those paying closer attention may have seen him with scraps of parchment lain upon a table at the Elfsong, adjusting positions to see if they fit together.
Jackard Marks - Waukeenar Merchant of Tethyr - "The bold find the gold, the careful keep it - and the timid yield it up."
Top

Arledge Arnemeiger of The Coalition had likewise been spending his evenings at the Elfsong, smoking a fine tobacco pipe as he brooded over two scraps of parchment. The Knight would seem to have more a presence in the city over the next forty-eight hours - but perhaps peculiarly remained armoured during the day, wore lighter day armor to bed, and seemed never without his Angelic Avenger longsword at his side.
Arledge Arnemeiger - Triadic Knight, Golden Lion of the Coalition
Bueroza - Impaler of Bane
Sz'vet - Drow Assassin
Top

Something odd was seen just outside the church of Mystra.

An old knight in a full plate mail was seen working hard on creating a pattern on the ground with chalk, first a triangle, then a large circle going around it. Also around the edges of the circle, people would say were seven odd circles, which had the words "Involved" in them. The old man kept muttering what people thought were prayers under his breath.

After the circle was done he would go to one of the plants that was nearby, taking out some dirt, which he carefully followed first the triangle then the circle with, covering it in a weird dirt pattern.

After he had done this he would simply remove the chalk with water, sit and pray, then repeat the process over and over again during the night. Some even claim at one point he had some of the younger guards of the temple bring out barrels of water which he also put around the circle, and some candles, unlid.

Perhaps the man had reached that time when it was ripe for retirement from duty...?
Player of:

A large man garbed in a white fur cloak, who some know as Olin Kierstaad of the Coalition, has been frequenting the Traidic Temples of late. Other times he has been seen on the patio outside the Elfsong Tavern with a large Tankard in hand, and a few scattered books about the table placed alongside a brightly shone silver axe. He mostly kept to himself as his gaze would peer up and around the patio, or upward at the sky.
Osborne Stonevale - Director, Sword Coast Commercial Exchange
Grath Hellstorm - Captain, Hellstorm Crew
Top

could it be a play? is something new coming!!!!?

time will tell as the rumors begin!
Top

An exhausted looking man in dark garb and hood winds up passing out for sleep on a bench outside the Halls of Inner Light.

Laying on his right side, his arm is stretched out and hanging off the makeshift bed. Palm upward and catching the light of the moon.
Michael Dunn

“There is more than one sort of prison, Captain," Chirrut said. "I sense that you carry yours wherever you go.”
Top 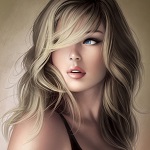 Refugees from Tyrmount speak of visitations by an angelic figure with the coming of each dawn and dusk to the camp. A flame-haired lass of saintly bearing and beatific patience attends the camp three times each day to speak in rousing terms of new dawns, new blessings, and new futures for residents within the camp. Though at first met with rotten fruit and even more rotten cat-calls, she has persevered, bringing the blessings and doctrines to Lathander to those souls most in need of hope and solace.

Yet some say this saintly servant of the Morninglord has expressed doubts at the efficacy of her preaching and devotion. Time and again she has been seen to look to the discard arms and armour of the crippled former guards of Tyrmount. Oft, it's said, she looks to the north, to the fighting, with a trouble brow and determined set to her slender jaw.

Lore: Local DC's and results:
Hidden: show
DC10 Lore: Local The priestess Djion can be found at the camp each dawn, highsun and dusk
DC12 Lore: Local When not tending to her disenfranchised flock, she may be found taking temporary shelter in the Hospice of the Temple of Ilmater, where she tends the sick and crippled in return for room and board.
DC15 Lore: Local Said priestess has been seen to practice in the temple yard at night, wielding a heavy spatula as though it were a club, and with a pot lid for a shield.
Last edited by Mursey on Tue May 21, 2019 8:32 pm, edited 1 time in total.
Top

With a shaved head, unkempt beard and plenty of scars adorning his face, many of the refugees would divert their gaze from a large man dressed in furs who had been frequenting the camps as of late. He would offer a grizzly smile to those that lingered their gaze and food to those who asked while seeking out the woman who sought after the camp every dawn and dusk. He would ask for a letter to be delivered to her during her next arrival in hopes that she may return once more.
Osborne Stonevale - Director, Sword Coast Commercial Exchange
Grath Hellstorm - Captain, Hellstorm Crew
Top 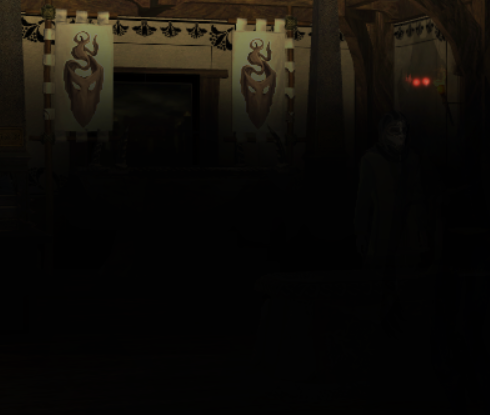 It's not from the beggars and urchins the Demarch asks for wealth to make the will of his god a reality but it is from them he expects words to spread. Words including that those with wealth who donate and see to that Mask is honoured will themselves be honoured and untouched.

Those who desire to donate for one reason or another are asked to do so at the shrine of Mask - a test to see if they can find their way, or know someone who can. Those crafty enough might find other options, too. 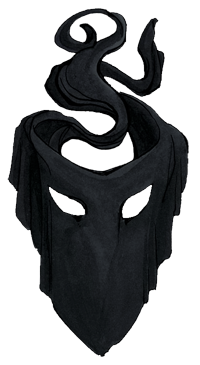 || This account can be messaged for any meetings, donations or inquiries (be they IC or OOC). IC correspondence must be left in a way that makes sense and suggestions can be given to aid RP to that direction. ||
“Man is not what he thinks he is, he is what he hides.” ― André Malraux
Top On this day, Awakened Djion, Novice of Lathander, and Sir Arledge Arnemeiger, Paladin of the Triad addressed the people of Tyrmount at the East Gate refugee camp. Though the one spoke eloquently of hope and rebirth, and the other of courage and strength of heart, the townsfolk were not greatly cheered by the efforts of the pair.

Mechanics:
Hidden: show
[[OOC: Diplomacy checks of 17 from Sir Arledge and 16 from Djion following their respective attempts at Oratory]]
Top

Sharp eyed residents of Baldur's Gate may have noticed a flash of light in the late afternoon, as three Dwarves and a Red Wizard arrived atop the tallest tower of the Thayan enclave, before heading inside. A couple of hours later, the same Dwarves emerged from the front door, their clothing appearing somewhat worse for wear.
Cragnus - Magus of clan Krinkrak
Sternbar - First Shield of Krinkrak
Ern - Mad Dog of Krinkrak
Sanear Lamek - Red Wizard
Top

A young woman, clad in the scarlet, orange, and white of a Lathandrian novice spent last night in an unusual venture, travelling from inn to inn and tavern to tavern, speaking with mercenaries, merchants and men-at-arms. In each location, she asked questions concerning the whereabouts of the Company of the Gray Blade, who bear a sigil matching their name. This Company, it seems, was ambushed North of Baldur's Gate in the Fields of the Dead some days past, with terrible losses. Some few survivors remain, and it is said that a core of the company was last seen heading south, towards Bereghost.

And yet, stragglers and strays have reported being unable to locate and re-join their company. And in this time of war, all swords are needed for the defence of the Western Realms.

This Novice can be contacted through the auspices of the Temple of Ilmater, or word left with the people of Tyrmount in the camp at Eastgate.
Top
Post Reply
1589 posts