Getting Started and Connecting, Changelogs and Announcements

FAI - Interior and Exterior as per Volo's Guide to the Sword Coast...

Other Changes
- Weapon/Armor changes are now in effect
https://www.youtube.com/watch?v=byAfC5yW_hw
Top

) Items needed to use the system will be added to vendors in an upcoming update. 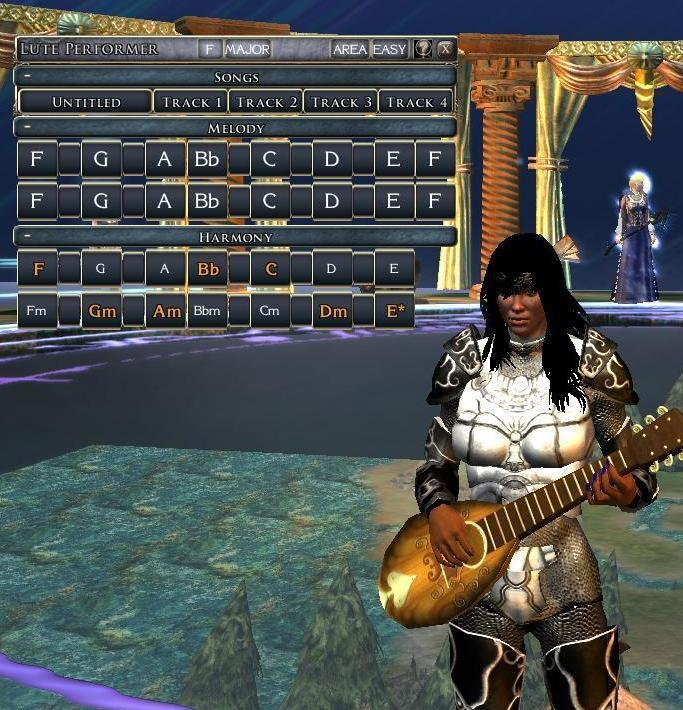 Minor tweaks to the loot system have begun. I will be revamping it over the coming weeks, with the end goal in mind to make it more generous overall.
https://www.youtube.com/watch?v=byAfC5yW_hw
Top

TKL instruments are now available at the basic gear vendors in the East Farmlands and Gloura's Wings.
https://www.youtube.com/watch?v=byAfC5yW_hw
Top

Treasure chests no longer have a level restriction on them.
https://www.youtube.com/watch?v=byAfC5yW_hw
Top

The new barbarians AC feat should deliver itself to Barbarians automatically. Barbarian PCs will be eligible for a 100% RCR/rebuild if desired following the class changes since this is a pretty major overhaul (a 30 Barbarian would be missing 3 feats, evasion, and unable to capitalize on lower reqs for Epic/Thundering Rage!) Please contact the DM or the Admin team if you would like to capitalize on this.

Anyone who picked Phantom ("Ninja") before today will **NOT** be eligible for a 100% RCR/rebuild. If you have Phantom levels and are the wrong alignment, did not receive Crippling Strike, or anything along those lines, you were fairly warned not to pick Ninja levels because the class would ultimately be changed.

Bards do not need to rebuild to receive the new Bardic Knowledge. It will deliver automatically when you log in.
https://www.youtube.com/watch?v=byAfC5yW_hw
Top

The list is pretty big this time because I've let them pile up for a while without posting update notes. Sorry! Also note that some of these revisions will go in with an update that I'll stage this weekend, so they aren't in the game quite yet.

Bug Fixes/Mechanical Changes
- Fixes made to summon spells to prevent them from attacking invisible nodes
- Fixes made to summon spells to make them properly follow the caster
- Fix for inscribe rune where used up runes didn't decrease the local counters accordingly. Now when inscribing a new rune there is a check on runes of the same spell level, if one is found it is destroyed before creating a new rune. There is also a check on the number of runes in the inventory at this point so that phantom runes are cleaned up.
- Fix to Bear Warrior to transfer mental attributes properly when shapechanged (taking race modifiers into account).
- Changes/fixes to Shield Other. The spell is back to 50/50 shared damage instead of 30/50 like the Guarding the lord ability.
The distance for breaking the spell was changed to 25 + caster level/2 * 3 feet, for a 70 feet distance at CL 30. Guarding the lord ability has its distance set at 70f directly.
- Fixed a bug that caused Bigby spells to continue to damage players after entering the Fugue.
- Blessed Aim corrected CL
- Embrace the Wild corrected CL
- Thaumaturge can now have a planar cohort plus a summon and not just a summon. Added sizeincrease function to inc_summon_code to adjust the size of the summoned creatures as need be, will need tweaking to find the right size for each.
- Arcane PRCS now allows familiars to progress, +1 familiar level per spellcasting progression level.
- Removed exp penalty for dominated creatures
- Summons should no longer last forever
- Characters should now be automatically saved every two minutes
- Ghost Face Killer now receives Cleave at level 6, and Ghost Sight at level 10 (True Seeing for 10 minutes, 3/day)
- Divine spell power fixed, now properly uses Charisma (instead of Wisdom) and was giving wrong bonuses.
- AC from Seal the Breach should no longer continuously stack with itself
- Epic Gate now uses the summon slot
- Dragon warrior revisited, changes to Dragon Breath : The breath weapon deals 2d12 points of damage per class level + 1d3 points per hd in a 30' cone. The Reflex save DC for the breath weapon is 15 + the dragon warrior's class level + the dragon warrior's Con modifier. This can be used once per day at 2nd level and gains another use every second level.
- Animal companion scripts update to accomodate the new Hierophant companion progression feat.
- Dominated summons should no longer be killed when exiting an area
- Mages with more than 30CL should now correctly have a familiar
- Red wizard CL & DCs fixed for their specialized school, no default bonus to evocation. New enhanced specialization feat to replace the old one so that nothing is messed up. Old one will be removed on login and replaced by the new one (hence the changes on pc_on_loaded).
- Prices at Tommy Shackel's store lowered
- Prices at Thayan Enclave raised
- Added a check so that Northlander Hewing could not be used with ranged weapons.
- Summon AI should now be more responsive
- Ki Step now has a distance limit of 40 feet and a cooldown of 30 seconds. If Ki Step fails because of line of sight the cooldown should reset so you can try again immediately.
- Tweaks to player Bigby spells to make them now apply vanilla effects once more
- Corrected all epic spells' DCs to 25 + ability modifier (prodigy included, as well as Shadow Weave bonuses/maluses).
- Tweaks to Bigby's Hand HP, AC and DR to make it scale with caster's HD. HP = 200 +10 * HD, DR = HD/3, AC : 25 + HD/3
- Bard song (Fascinate, Cloud Mind, Haven Song) DCs now match the class description
- Stormsinger song DCs now match the class description
- Anti Magic Melody now correctly takes Stormsinger levels into account
- Changes to Flesh to Stone, back to vanilla petrification for PCs except limited to 5 minutes. A message will indicate to both caster and target that the duration is set to 5 minutes to prevent griefing.
- Changes to Bloodwalk, Blood Mark now creates two runes. One has to be given to the targeted PC and consent is achieved by accepting the rune and keeping it in the player's inventory. Bloodwalk should now also correctly teleports to the marked PC.
The given rune will only function for the marked PC.
- Skill synergies added, 5 ranks in the first give a +2 bonus on the second one, cumulative bonuses. (Bluff/Diplomacy), (Bluff/Disguise), (Bluff/Intimidate), (Bluff/Sleight Of Hand), (Knowledge Arcana/Spellcraft), (Knowledge Nobility/Diplomacy), (Sense Motive/Diplomacy), (Spellcraft/Use Magic Device), (Survival/Knowledge Nature), (Use Magic Device/Spellcraft)
- Fixed a bug that caused uses per day to refill when logging out
- More tweaks to the death system to (hopefully) prevent corpse disappearance
- Align Weapon changed functionally to successfully break monster DR
- Intuitive Attack now works with unarmed attacks, kamas, and quarterstaves.
- Skill Focus feats added for knowledge skills
- Epic spells can now be picked on Shadow Adept and Thaumaturge levels
- Archmages should FINALLY be able to freely multiclass

Everything from the previous list is now live plus a few extras:

There was an update this morning. Lots of changes, fixes, and tweaks!

The big ticket items are:

- New items added to Doron Amar blacksmith (prices will be adjusted with a hotfix soon, if you buy something from there today you will pay close to 40% more than you should so I'd only advise it if you're desperate and rich


One hander changed to "One Weapon" and benefits lowered to : If you are fighting with one weapon and carrying nothing in your off hand, the One Weapon feat enables a combat style in which you narrow your profile and situationally attempt to dodge, deflect, and dish out attacks. While the style is active you gain +1 dodge AC in combat. (and only +1, was 2)

If you possess the Feint feat its cooldown will reset freely once in a twelve second period. If you roll a 17 or higher during combat (unrelated to attacks, secretly rolled) you perform a tumble skill check for one of several one handed maneuvers.

Northlander Hewing works on an heartbeat fashion like One Weapon, attack count is more accurate and bonuses tied to STR as well.

About to post an update that will remove a handful of areas.

I've fixed up existing transitions so that people can still have access to their guild halls (Doron Amar to/from Woods of Sharp Teeth North and Darkhold to/from Corm Orp, specifically) though there are DEFINITELY still transitions that will be non-working. Do not be surprised if there's an area you could normally access a certain way that is no longer accessible that way (for now--we'll get it fixed, I promise!).
https://www.youtube.com/watch?v=byAfC5yW_hw
Top
Post Reply
301 posts