Every 6 months or every quarter would be really nice for those of us who dont get to play that often.
Notable Characters:
Rennec Rokranon, Chosen of Helm, Knight of Dragons, Former Commander of the Radiant Heart Auxiliary.
Isra Wynterborne, Necromancer Hunter, temporarily retired.
Rask, achieved his goal of Lichdom, turned NPC
Top

I'm pretty sure that changes such as any established PC goes from Level 30 fighter to level 30 mage or Cleric would get addressed by the DMs...though likely a private affair and privately rectified.

The RCR was meant initially for PC retirement, then suited rerolling because of added content, then became a way to reinvest XP toward new PCs entirely.
Storybuilding

I'd agree with both of the above. To thrive, the server needs to cater for "character/story" play, "build/run" play, and all the shades of grey between.

Mistakes happen that we cannot take back without completely releveling. I left the server last year after some such difficulties on Guern. When I came back, I found classes had changed more, but it was just after a free-RCR period had ended. So I paid the xp cost to fix him, didn't get him quite right, paid the xp cost to fix him again, and now think he's right albeit at the cost of 75% xp.

Fixed periods after significant server changes may not be best complimented with more fixed periods. For example, a system that awards x free-RCR credits per year, per player. So the free-RCR NPC may give options for your next use to be free or taxed. I'm not sure what x should be though, I'd personally be comfortable with 4 or less.
Top

I'm with you, Rask. A new character concept, with my play times, means I better plan for level 10-15, 20 if I am lucky. The RCR 100 periods always reinvigorate my engagement with the server.
Roleplay – This is a roleplay server set in the Forgotten Realms campaign world.

think of this you chars have some weakness and than what?
Top

*rubs the paddles together* "Clear!" *ZAP*

This is something about the server that has always been a frustration to me. We allow for different playstyles as long as people fall within the rules. Powerbuilders have their home here, along with hard-core role players. Provided people behave in a way that is consistent with the spirit of the server, and is respectful of the community there's a lot of latitude and rightly so. We all want different things.

RCRing is no different. In the same way that some people love the depth of history that is built up with years and years of playing the same character, others find that same depth stifling and restrictive. At the same time, DnD is built around adventure. Constantly making new characters at level 1 and grinding to get to the point where you can safely travel between the major locations (BG, the FAI, Beregost) isn't particularly fun if you're looking for new experiences. On the same vein, we don't all enjoy role playing weaker characters, or inexperienced ones.

Put some guidelines in place for RCR, and let people have more opportunities to do so. When RCR is happening, activity on the server goes up. Old players come back to try something new. The place is more vibrant. It helps RP on the server, not destroying it.

RCR lets people try a fresh start or fresh experience without having to do the complete grind. If I'm sick of my level 26 cleric, why not give me the opportunity to RCR him and come in with an itinerant wandering sellsword who is in town for a couple of months before moving on to greener pastures? Who is hurt by this?

At the end of the day, giving people more options to play on the server in a way that doesn't harm the overall environment or culture is a good thing. Every time I RCR, I make a new, lore-complaint character or I fix something I messed up with an existing build. Does it matter if my new character comes in at level 18, or level 30? What does the penalty achieve besides making it less likely that I'm going to play? Whether it is a once-a-month token per account, or full-time 100% RCR, opening up avenues to people only helps the server.
James Merlin - Traveling, Treasure Hunting Troubadour of Tymora
Garet Sunder - Monk of the Fallen Star
Duncan Thorne - Sellsword and follower of the Red Knight
Vivian Blake - Wheeler and Dealer (Merchant)
Bran Emberfist - Monk of the Order of the Four Ways
Top

One thing I would add to that. Seeing how every other character is now a tiefling, I'd love nothing more than to reroll mine just to change his race. Not worth taking the massive XP hit, but if variety is the spice of life that's doubly true for RP.
Top

I can even see the RCR being a good thing for people just for RP reasons, like if they get a better grasp on their character after playing a while and realise they are missing something important to represent a certain aspect of their character.

Just happened to me

. Now I'll take the hit to my XP but if course I would have liked to avoid it. It would have been nice to have my character continue from where he was rather than losing the progress of a couple of weeks of playing.

Now I am not the grinding type so I could have probably made even more progress if I was but I guess it doesn't make a difference, in the end I would have to RCR my character to adjust him better to his RP needs and lose a lot of progress and therefore time invested.

Maybe the RCR would not need to be monthly but slightly more frequent than from what I heard once a year.

Edit: in addition to that he was a 2 year old toon with old balance in mind. With how hard gish seems to have been nerfed a lot of his build went to waste. Yet another reason more regular rcr would be good. For people that missed the rcr periods for balance issues.
K'yon Oblodra
rising star in S'shamath's game for power
Necromancer of the school of Necromancy
Silent seat for the school of Necromancy
Top

How about a 1gp/1xp cost to RCR, any time you want? I'm not sure about totals but that would make a max level 100% RCR close to half a mil. That's not something a lot of rp builds carry around, but at least they get to choose to which level they can drop. Until the past few months, the most I've ever had my whole time here is probably 150k before I ended up spending it. Would be a good gold sink too whether through grinding, trading, saving or handouts.
Lambe Arkolyn - Memoirs of a Ranger - Lonesome Watch - Portrait
Top

Not sure I like the sound of that. Seems skewed to money makers and traders without sny real justification as to why your character is just losing all their cash. A once in a while no questions rcr is my preference with the option to apply to a DM if another is needed due to bugs.
Character List:

Being able to do a RCR once a month would be great!

I am always messing up my characters during creation and or leveling, to the point that i have abandoned them while waiting for the RCR time to commence.

I'd rather be playing my character instead of waiting...or even taking a break from the server.

It would remove the danger of a balance patch messing up your character, forcing you to re-grind again.

And it would also give the devs more room to play around with more devious changes, without having the worry about the player-base crucifying them because no-one wants to waste their time grinding again in this game. 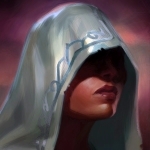 Gosh I might even be able to get my character in a state where I want to play her again.
Gemma, Dawnbringer of Lathander: "The world may never be perfect, but if good people do good things, it can be better; every day can be better."
Top
Post Reply
329 posts