Or, we can link the servers?

izzul wrote: ↑
Thu May 02, 2019 6:46 pm
Or, we can link the servers? people in BG can travel to Neverwinter(the server you created) and vice versa. that would also be wonderful

On paper sounds like a brilliant idea but I have a feeling it would cause a lot of headache for the admins and DMs due to all the 'crossover' and it would open up a lot of potential for trouble. Lets take it in baby steps, for now -- get a running server.

The default neverwinter map is perfect for the main city -- and is plenty of mods online to get us started. As I said, baby steps. I do want to focus more on 'DMing', dynamic RP and story. To do this I think we could learn a lot from the past mistakes of BG. By that I mean in order to stop favortisum from becoming a huge issue DM rewards should be limited to gold / exp -- all material rewards will have to be requested and made public.

This way any DM can host for anyone, as many times as they like. Forum admin work can also be throttled to give DMs as much creative freedom (within the rules) as possible. I've attempted to make contact with a few old DMs - but anyone up for the task, or wishing to help out is welcome to do so. In regards to being PG -- no, 18+ but with very strict restrictions on ERP, slavery, nudity etc... PVP will probably have a similar structure as BG, mainly because of OOC drama control -- however open PVP maps might be a thing, as long as IC reasons are present for the PVP.

I've put together a few default maps, and cobbled together some mods (for now) it is still a work in progress, but as it was pointed out -- this will have to be a team effort as I can't do this on my own.

In regards to death -- I would like to have that 'exciting' risk to it, instead of losing exp / gold I am playing around with ideas such as having perma debuffs which can only be healed via RP, too many debuffs will lead to a perma death. DM events may also be tagged as 'perma' but for those not wanting to do so, can always opt out. It is a good middle ground I think, instead of losing x amount of gold or exp.
Characters
Colten White - 'Fighting with style'
Belthazor - Mad scientist'
Top

Sometimes I play different games, when I get bored from bgtscc, but if you made this server, i would play on it while i rest from bgtscc 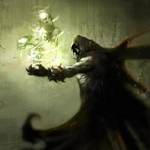 Not asking for erp.. that's just sad.. I'm more asking if someone cuts off a hand of a prisoner, they aren't instantly thrown into a DM drama he said she said arguement over what is and isn't too violent. I'll leave the ERP weirdos to their mothers basements.

For PvP, I miss the old BG days when the only RP out was fleeing like a coward. Even that felt like it could be exploited. Basically a system where if you run your mouth and insult another traveler, they could cut you down where you stand and lie and say "he pulled a knife." And baring the skill checks get away with it in front of everyone and walk away Scott free.

I guess for me, I'm looking for more of a hardcore less crybulling version of BG. Where if you PM the powers to be and be like "he said mean things!" The resulting reply would be "So what? Go hire some mercs and/or paladin and bring him to justice."
Last edited by Akroma666 on Fri May 03, 2019 8:48 pm, edited 2 times in total.
Storm - The Blade Flurry
Druegar Grizzleclaw - The Mountain Ruin Tsar
Akroma Thuul - The Creepy Enchanter
Liliana Duskblade - The B*tch of Bane
Jamie Dawnbringer - The Light in the Darkness
Top

I'd like a new server to check out, even a linked server to BG would be cool and probably more likely to keep you a steady player base if you could coordinate and pull off the work needed.

I personally don't care for forgotten realms but it's either that or a planescape for nwn 2. My own reason is that the campaign setting has been done too death. It's like wotc is too scared to switch things up and are running out of ideas. (They did make campaign books for their MTG game, but really not that big of a deal to convert to a d20 ruleset).

Where are the adventures in space servers!?

I know that there was a team working on tethyr but moved their project to the unreal 4 engine.
Top

As I said in my last post, baby steps! Although you guys will be please to know I have began building the server. It'll include neverwinter (as the main hub) and will span out:

- North, past Luskan, all the way to the Dales (all will be included)
- West across the long road including some key areas such as 'The spine of the world', The evermoors, silvermoors and the lost peaks to name a few
- South; along the high road - through neverwinter wood including the mere of the dead, red cliffs, waterdeep, and daggerfold ending in lizard march

I have the maps (though most are not mine, so credit will need to be given, some are default i.e. neverwinter single player maps) In total -- we have around 280 areas; buuuuuuuuut - this comes at the cost of having no underdark areas.

Some mods I will also be using are;
- Horse mounts
- Flying dragons (landing and swooping animations)
- (with permission) some of BGs .hak files
- Modified default crafting system (capped at +4, same as BG)
- Mineable ores and gems (for crafting)
- Player housing
- a few more, still pending
- Hunger, thurst, sleep mechanics are being worked on
- Rest will be allowed anywhere (as long as no hostiles are nearby) but requires the party to pitch a tent and fire.

PVP
- Must have RP reason to do so, no KOS please
- No PVP inside or near citys / or guards
- Consent 'RP out' can be given in the form of 'running away'
- Torture / kidnapping is allowed, but consent must be agreed to ensure both parties are comfortable
- City sieges are allowed; but must be planned with the DM / Staff -- and know you will be perma-killed if you fail
- City sieges will be borderline impossible and will require clever RP to pull off, but the option still remains
- Theft is allowed, some areas in the city will open to rogues (i.e. attempting to rob castle never)
- Scripts will be run in these 'off limit' areas where patroling guards will one-kill-kill you if spotted
- Pickpocketing is allowed on players (gold only) and NPCs (gold only) however NPCs will fire a script if you are caught to toggle guards hostile (it er....need some code tweaks) but basically if you don't run like hell you will get one-shot


Perma Death
- On death you will get a perma 'debuff' (max of 3) that can only be removed via RP, or via use of advanced divine magic (very high costs)
- This also includes PVP, if both parties consent to do so -- otherwise it will be RPed as 'knock out'

EXP
- will be focused on 'RP', grinding exp will be capped to a max of (20) per kill, RP exp will be boosted, crafting EXP, travelling exp, sleeping, drinking, eating, visiting inns etc.... will also grant exp.

DM events
- Random events can be hosted to anyone, at any time -- no write up required (to counter favortisum) DMs running these events are limited to only give out gold rewards, no exp - to a max of 2,000 coins. DMs should inform us if an event is centered around one person / same group for more than 3 sessions via discord; this will be made public on our forums. I am hoping that this will 1) build trust and 2) be transparant so all players know what players / characters are getting the 'DM spotlight'
- DMs can host for their 'guilds' but the above cap (gold) still stands.
- Item rewards / exp rewards will be given to planned DM events, these will require write up

So who is with us so far?
- Got a few old DMs onboard with me (again no spoilers) but the creative energy is flowing, and steady progress is being made

How long?
- If we continue at this peace, i'd say around 6 months. As we are using a lot of single player scripts / plugins most of the work is already done for us

will UD get some spotlight?
- Not at the moment.

Link to BG?
- I can't say. I feel this would generate a lot of headache for the admins / DMs, so i'm saying no. Possibly in the future I may approch the admins (who are no doubt reading this now

) but for now the short answer is no.

What I REALLLLLY need from you guys
- A tester. Someone to run through the maps and keep checking everything for us; if this is something you would like to do, please send me a PM
Characters
Colten White - 'Fighting with style'
Belthazor - Mad scientist'
Top

Please don't cap grinding exp.. it what some of us do for fun.. despite the tedious nature.
Storm - The Blade Flurry
Druegar Grizzleclaw - The Mountain Ruin Tsar
Akroma Thuul - The Creepy Enchanter
Liliana Duskblade - The B*tch of Bane
Jamie Dawnbringer - The Light in the Darkness
Top

Grinding and looting will still be a thing, despite the exp cap - so don't worry. The whole purpose of bringing up altnerative ways to gain exp was to stop people from using it as a primary source of leveling up.

That does not mean leveling up will be any harder, nor does it mean you can't 'loot and shoot' all it means is that there will be better, more productive and exciting ways of leveling up instead of mindlessly farming monsters.

On a side note, i've started work on the new horse mounts based on an old project from 2012 that was unfinished here is a screenshot from the page; Anyone want to step up?

Check this out for horses, https://forum.neverwintervault.org/t/ri ... n2/644/168
Guy came out with a ton of horse combat animations. I kind of want to implement horses in BG

Yes please do put mounts on BG! If I ever get around to finish it off I'll forward it to you guys. I'll be sure to keep you posted <3

Edit: the combat might be harder than I thought. I noticed we have mounted units on BG, would it be possible for me to get a copy of that script?
Characters
Colten White - 'Fighting with style'
Belthazor - Mad scientist'
Top

So...i've got Neverwinter, the Highroad (leading to Port Llast and Luskan) done. As well as some of Neverwinter woodland (The crags) stopping short of lurkwood. Icewind dale is done (with a lot of help from the maps given on the nexus) Also got a 'ferryman' that takes players across the trackless sea towards the moonshae isles (though haven't started this area yet)

Going south, got the mere of dead men in as well as a few ports and villages: starting waterdeep now (did BG used to have waterdeep?) next stop is Daggerfold and the lizard march where I'll then branch out across the ardeep forest stopping at the lost peaks. I'm within my '280' map budget, trying to keep scripts and fancy flashy effects as low as possible without making the world feel empty and static.

I do have a question though, as this has got me stumped: How on earth do you break up the modules into tiny areas? Trying to get the engine to load 280 areas at once is borderline impossible.

If anyone can point me in the right direction I would be eternally greatful!
Characters
Colten White - 'Fighting with style'
Belthazor - Mad scientist'
Top