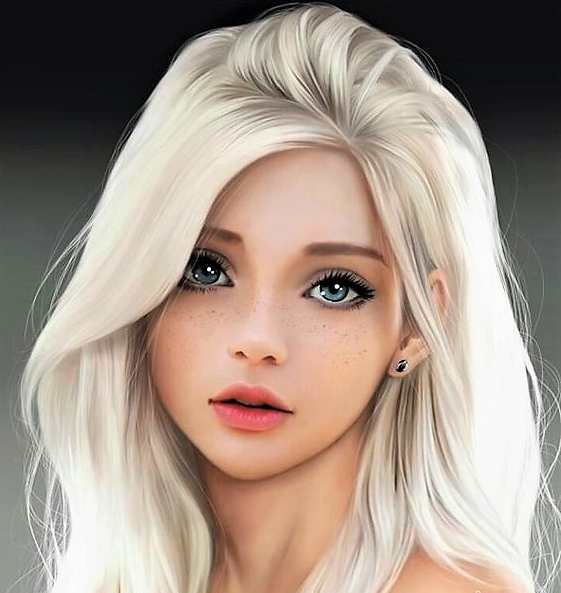 
Appearance:
- Her smile is bright and inviting
- Her skin is like porcelain, perfect except for the scars on her back
- Light freckles on her cheeks and nose
- Silver hair that falls to her waist when not kept in a braid
- Blue eyes that shine like a sapphire in the sunlight

Personality Profile:
- Bubbly and cheerful
- Naive to most ways of the world
- Optimistic and hopeful
- Kind and gentle

Habits/Hobbies:
- She loves to writes songs and poetry.
- Her eyes glow blue briefly when she is nervous or excited.

Languages:
- Common
- Celestial
- Chondathan
- She hopes to one day learn Elven, as she thinks it's a beautiful language

Enielli was born in Chondath along the Vilhon Reach. The farm where she was raised was situated a days ride off the Emerald Way, not far from the Chondalwood. Her mother raised her alone as her husband had left her before Enielli was born. Her mother kept her hidden for most of her life, not wanting to call attention to her heritage. Enielli bore the wings of an angel, large, white and glorious. When people would come near, her mother would tell her to go inside and quickly turn any visitors away. Together they tended the farm, raising livestock and growing crops. They would sing together as they worked the farm, those being some of Enielli's fondest memories.

It would come to pass that her mother fell ill and passed quickly in the night, leaving Enielli alone on the farm. Grief stricken and destroyed in spirit, the young aasimar left the farm to try to escape the constant reminder of her mother's passing.

She quickly realized that life away from the farm was full of discomfort and peril. She made her way to Hlath, traveling along the Emerald Way. People would either stop and stare at her passing, or turn their heads at the sight of her. Fearing what was different. Enielli would sing the songs taught to her from her mother for coin, barely making enough for food.

She lived in Hlath for a few months making coin here and there singing on corners, hiding her wings beneath a large cloak. She one day ran into the wrong men on the docks and was taken aboard a slavers ship bound for Westgate. The men that took her meant to sell her to the highest bidder within that seedy city. Bound in chains and her spirit crushed, Enielli got her first glimpse into the evils of the world.

Once the ship landed in Westgate, she was taken to auction where two Talassan priests bought her for a large sum of trade bars. Bound, gagged and placed within a large wooden keg, she was moved through the city to the House of the Winds. Once there she was taken to the cells and left for a number of days. Barely given food and water, she lay there, wasting away. One awful night, the priests came to her cell and whisked her away to a room where they clipped her wings. They meant to use them for some ritual for their evil God. Screaming through the pain, she cried out for someone to save her. Her calls for help, remained unanswered.

She lay in her cell, crying day by day. Hoping for some miracle to save her. Eventually she was let out of her cell to serve as a servant within the grounds of the church. Cooking, cleaning and serving being all she knew for months on end.

Pity was taken upon her from a merchant that delivered supplies to the priests. Risking his own life and business he helped the young aasimar escape the same way she was brought into the temple. Inside a large wooden keg. She stayed within this keg until they were well away from Westgate along the Trader's Road, where the merchant released her. He gave her some coin and told her to go west.

"Keep going west until you reach the Sea of Swords. To put as much distance between you and your once captures...."

Goals:
- To find someone powerful enough in either arcane or healing magic to make her whole again. To restore her wings.
- To make a name for herself as a minstrel. Spreading her songs to people to bring them joy.
- To find a place where she can belong. To feel the safety of family once again.

Possible Plot-Hook Ideas and Misc Facts:
- Talassans come looking for her.
- Running into the merchant that saved her or learning of an ill fate that has befallen him.
- Learning more of her heritage, since her mother hardly spoke of it.
- She almost never uses her last name. It being the last name of the man that left her Mother alone on the farm in Chondath.


- Evershimmer : A silvered longsword that she wears upon her hip. She luckily found it while adventuring on her first day upon the Coast. She named it after her favorite wine.
- Heart Shaped Pendant : It is a golden heart pendant with a ribbon attached that she wears around her neck. It was given to her by Nathan Goldenmane. She never takes it off.
- Silver harp pendant : A silver pendant that looks like a harp. Upon it written in sapphires is the word, "Nellie". Given to her by Fingal Darius.
- Gold Coin : A gold coin given to her by Reiker Vexx on the eve of the battle of Buldoth. He offered it in the name of Tymora to give her luck in the battle.
- Pure Strike : An angelic spear given to her from an ancestor.
Last edited by Never Twice on Thu Sep 26, 2019 9:08 pm, edited 12 times in total.
"Make Hymn Great Again!"
Top

A song written in dedication to the crew of the Siren's Song. (Roughly 96 BPM)

Once you hear the siren's song,
there's no place to escape.
She'll bend your will, she'll do you wrong,
and leave you in her wake.


You've heard before, the tavern tales,
of glimpse of fateful ship.
She cuts the waves like none before,
Her song it takes its grip.

I heard a lass speak of her love,
who heard this melody.
Been gone for way to long by now.
Twas lost upon the sea...


He heard its voice, it called to him,
A voice across the waves.
He followed to where sailors lie,
and lasses misbehave.

His gal she waited for her love,
She longed for his return.
Been waiting way to long by now,
But never did she learn...


She cries for him, she mourns his death
But but never did he pass
Still rides the waves on Siren's Song
His arm around a lass

If your man hears that Siren's song,
Anchor him to home.
Or soon you'll be just like that lass,
He'll leave you all alone.

This song was written in dedication to the men and women of the Northern Watch. It's titled, "Their Watch has Begun". (roughly 60 BPM)


They pay the blood price, They do this alone.
The wall against evil, The north they call home.

They battle through midnight, then on to the morn.
Ever pressing the fight through the oncoming storm.

We owe them our thanks, they're asking for none.
Ever losing their ranks, their job never done.

They fight them for us, so that we remain free.
Never asking for praise from you or from me.

We owe them our lives, while they're laying theirs down.
Never hear their war cries, They renounce the renown.

So look to the north, pray for their safe return.
Without them we'd all feel Dragonspear's burn. 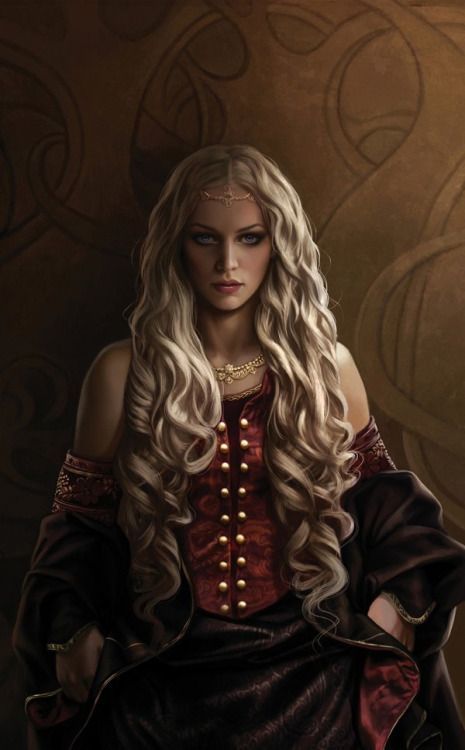