I wanted to ask how those happen, I've grinded the crypts in the UD a lot in the last week and sometimes there were a lot of yellow boss monsters and then there were times where I would not have any of them...

Does anyone know what triggers their spawns? 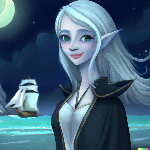 I believe it's meant to be a secret, as farming them can be good money.

Staying very long might even trigger a purple mob spawn - as in, a group of mobs with purple names.
"The wind and the waves are always on the side of the ablest navigator."
https://dndtools.net/spells/book-of-exa ... -ease--48/
Anti-grimderp and anti-grimdark. We're playing a Heroic setting, not game of thrones.
Top

I think there is something to your theory of staying in an area longer.
I was able to kill the undead quite efficiently after I gained some levels and basically was running around in circles a few times when there were more yellow spawns.

I believe overstaying in some form or another triggers the purple spawn as they are given an auto lock on to your location.

To be honest it's kinda cool. I managed to split them up and murder them in the tunnels but they're bloody scary.

It's nice you get n emote warning too.
Character List:

It's overfarming, actually. Kill too much stuff too quickly and regularly, and the zone triggers an "increased commotion" event, spawning a wave of elite mobs of a type randomly selected from the zone's regular mobs. (Very nasty if it picks a spellcaster type - I've seen many a party TPKed at the hands of elite sorcerers, shamans, occultists or similar.)

Defeat the elites (and their heroic leader), and keep farming the zone, and after a while you'll trigger a second event where all the mobs disappear and stop spawning for a certain amount of time. (Something about starting to run away from you.) This one occasionally happens without a preceding elite spawn... maybe. I'm not sure.

Mind you, all of this is anecdotal evidence from my own encounters. I've rarely triggered either event alone unless I was grossly superior to the standard mobs (we're talking "singlehandedly defeat half a dozen of them at a time without any danger to yourself" levels of superiority here), which usually meant I should seek out a higher-level zone anyway.
European player, GMT+1 (+2 during DST). Active in Discord.
Notable characters:
Top

Yea I've only ever managed to get the golden thingies to spawn and I think that was only possible due to the fact that you can be grossly effective against undead as a Necromancer. 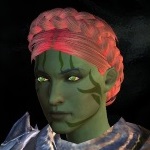 I think they can also be triggered by a quest.

For example in the orc cave, if you have the quest that ask you to bring an orc head to the flaming fist, a yellow boss orc spawns.


In some zone, there is a warning, like in xvart village, so you may choose to exit the zone instead of staying.
Luniel Kumerian half angel/half barbarian follower of Séluné, returned to her small insignifiant village and lives her insignifiant life quietly
Top

For example in the orc cave, if you have the quest that ask you to bring an orc head to the flaming fist, a yellow boss orc spawns.


In some zone, there is a warning, like in xvart village, so you may choose to exit the zone instead of staying.

Mmm, there's some static heroic mobs that periodically spawn regardless of any random or player-controlled effects. Off the top of my head, I can remember:
Many of these cross the line from "heroic mob" to flat-out "boss mob", particularly at higher levels (the white dragon and frost giant king come to mind), but none of these are spawned by quests or anything. They're just there until you kill them, and then they come back after a while.
European player, GMT+1 (+2 during DST). Active in Discord.
Notable characters:
Top
Post Reply
9 posts • Page 1 of 1