Background: Ruslana is the daughter of an aasimar of Lathander that tried to free slaves and was captured and the personal body guard of the Pasha of the Erispar, a fallen aasimar of Shar. Ruslana was thus born in slavery. Strongly resembling her father, even if she had her mother's heart, she was first groomed to take her fathers place, until it was clear she had too much of her mother's spirit. Her father then abandoned her to her faith and her master sent her to the arena to win money for his family. At 15 years old, she started to fight against other youth, at 16, she was sent to fight to the death for the pleasure of the masses. After a year, her heart has been tempered and any compassion for wrongdoers has been stripped from it. Seeing her spirit being killed little by little and knowing what a life in the arena could do to one's heart, her arena mentor sacrificed himself to give her a chance to flee... She is now on the run and is looking for a way to remain free as well as bring justice to evil hearts and acts.

Goals: Find a place she can call home and fight for the good and protection of others 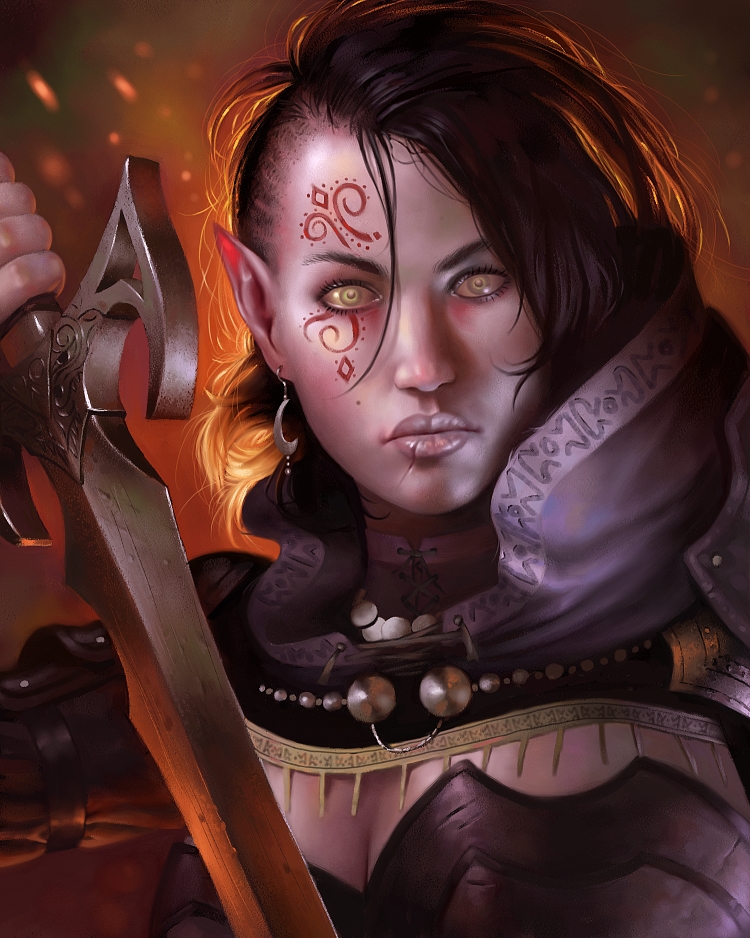