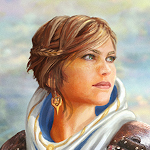 Pre-Gate history
Aspen's grandparents were Chondathan merchants who settled in Beregost due to its position as an important trading centre. Their son, Brandon working for them would go on to meet Vivianne who would go on to become Aspen's mother while away on mercantile business. He didn't quite share the love of travel like his father so together with Vivianne they found a more quiet life on-farm. Aspen was born a twin with her brother Cayden, followed by another brother Lucas and later an unnamed third brother. The third went unnamed due to the plague of 1345 DR which took the lives of Vivianne and the stillborn.

Dealing with the loss of her mother Aspen drew close to the faith of Lathander and carried on her mother's love of singing in her memory. She had a few friends growing up through neighboring farms and church. The closet of which was Darcy who loved getting up to mischief with her. She wasn't close to her twin Cayden. He took after their grandfather and is now setting up a mercantile business in Neverwinter. Lucas is still helping out their dad on the family farm.

Aspen grew itchy feet living in a small city and eventually convinced her dad to fund her tuition for bardic college. His condition was that she had to study architecture, so that she would have a stable job prospect, having some reservations of the bardic lifestyle. Arriving at Baldur's Gate and finding the doors to the Blue Summer Academy closed, other doors begin to open.

Raise a temple to the Morninglord in or around Baldur’s Gate
Learning of Tashia’s ambition to raise a temple in Baldur’s Gate helped confirm her path of faith. Allowing Tashia to focus on the politics, she is seeking other ways of raising support for the faith and temple.
____☀ Linked lane – Evangelizing Baldur’s Gate.
____☀ Renewed road – Studying architecture.
____☀ Potential path – Gain support from neighbouring churches.
____☀ Potential path – Explore the ruins of the Sunrise Spires for salvageable material.

Oppose the influence of the Zhentarim
Shadows only form where the light does not reach.
____✕ Potential path – Once gaining a platform to reach the common ear, using it to speak against the black network.

Learn to fight
Growing up through the Amn Gate war, black orcs, corruption, she knows conflict is unavoidable. Though she is far from the most talented swordsman, she tries knowing it will one day be needed.
____⚔ Current course – Honing her skills through adventuring.
____⚔ Current course – Joining the ORH on patrols.
____⚔ Linked lane – Enhancing her bardic abilities.
____⚔ Potential path – Seeking out a martial tutor.

Learn to heal
Joining patrols of the ORH she realised she will never reach the martial power of the great knights. Her goal to learn how to fight has somewhat morphed into how to best support those on the front line, that includes learning how to heal.
____♡ Current course – Treating wounds while adventuring.
____♡ Potential path - Volunteering and learning at the temple of Ilmater.
____♡ Potential path - Extracting Candlekeep of their knowledge.

Tarsakh
13th
● Arrived in Bauldur’s Gate.
♩ Sold Destin the flowers she brought from Beregost with her, who gifted them onto Oona, the director of the White Mask Theatre. Oona told her of the Blue Summer Academies demise. However, she found some optimism in learning through the theatre, or finding a bard willing to take on an apprentice.
⚔ Picked up odd jobs about the city. Bought her first weapon.

Was run off by bandits after trying to retrieve stolen cargo.
⚔ Put to rest undead in a local graveyard, met Yasha and the knight Gauvain.
☀ Later, she ran into Gauvain outside the Order of the Radiant Heart. Curious about the order she joined him inside the keep, meeting Sir Lance, the Grand Knight Ser Aaron and Squire Dundee. Learning that the order’s vows were much less restrictive than she had thought, she started to reconsider her path. An ember began to burn, calling her closer to faith.
● Spending some time in thought she ran into Gauvain again and met Lyss near Wyrm’s bridge. Together they sought out a merchant seeking aid in finding relics of faith. Accidentally accused the merchant of Banite faith after a mix up in conversation with Gauvain. Before they stepped foot on the road the adventuring band fell to pieces due to the combined stubbornness/pride of the merchant & Gauvain.

15th
⚔ Ran into Gauvain and Lyss again. Together they adventured down the caves beneath the kobold ruins. Surviving her first real adventure she spent the spoils on a new set of armour.

17th
🗩 Listened to a campfire tale of the blade of Torm told by Michaell Dunn and learned other famous heroes and people of the coast. 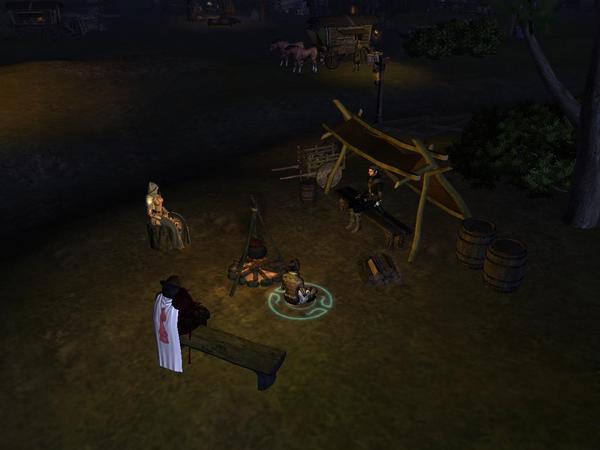 18th
⚔ Adventured and discussed crossroads with Yasha.
🗩 Happened upon Michael Dunn and company in Baldur’s Gate. Learned of his loss love, Tess Ableton. Shared Garn’s granola in toast to absent friends.
⚔ Traveled south with Michael and his merry band picking up others along the way to learn about sending. The band was waylaid by ranks of goblin folk which they triumphed over. They appeared to be guarding a parcel of fine cheese that was handed onto Gauvain. In Beregost they presented the goods found on the road to the Song of the Morning to be returned to their rightful owners. Michael bought them each a contact medallion and taught them of sending.
● Returned home to check on her family. Had an argument with her father about the dangers of adventuring.

Presented Michael with carrot cake. Unfortunately her pack was hit by a goblin encountered on the road so it was much more a crumble by the time it reached his hands.
♩ Used the contact medallion to get in contact with Oona, who she met outside the elfsong tavern. Discussed the White Mask theatre with her. She grew frustrated that it was not a clear path forward. Drawing closer to faith she is beginning to view her voice as a tool to spread Lathander's light rather than a passion to pursue, so doubts her fit. She committed to attend the next open stage night to meet more of the theatre's family to understand if it is a place for her. 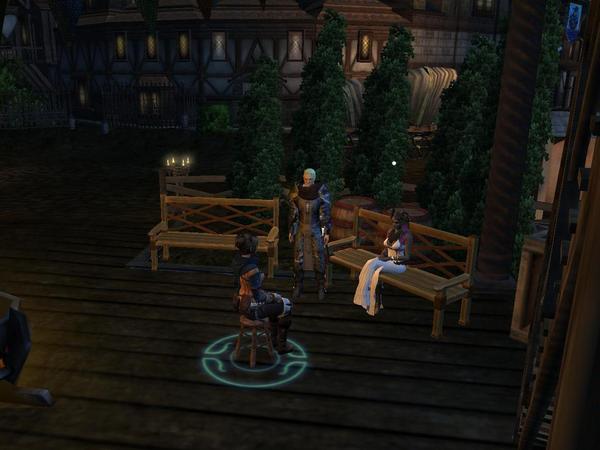 🗩 Was introduced to the Seer Lin. Had a conversation about family and directions forward with her. Learned of a Lathanderite with an ambition to erect a temple to the Morninglord in Bauldur’s Gate.

20th
☀ Met the Dawnbringer Tashia along the road, discussed faith and her ambition to raise the temple. Pledged help in seeing the temple constructed. Resumes studying architecture, a road she initially abandoned after being unable to study at bardic college.

24th
🗩 Talked with Michael on lanterns, roads forward, confirmation, names, history and bards. Learned more about some of the politics of the Gate. Takes upon a new goal to work against the Zhentarim’s influence.

26th
⚔ Accompanied the Order of the Radiant Heart on patrol where they encountered Yaunti in the middle of blood magic rituals. Recalls little of the patrol after blacking out multiple times. 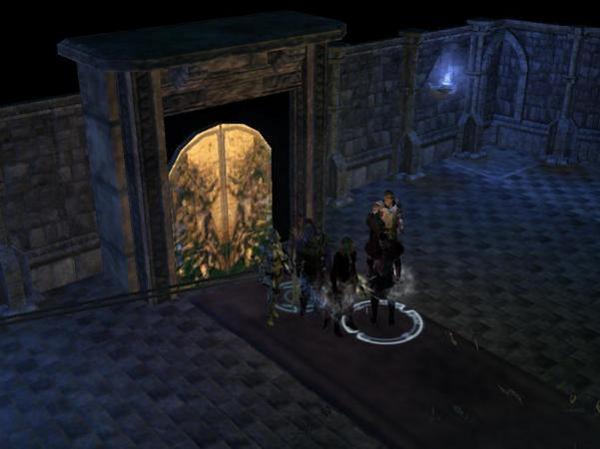 ♡ After resting she remembered being a burden, realising she'll reach the level of the grand knights in terms of martial power. Refocuses her goal of learning to fight now to how to best support those on the front lines, taking upon a new goal to learn healing arts.

28th
⚔ Adventured with Dundee and Hymly.
🗩 Came across Michael again, chatted about life and her goals. 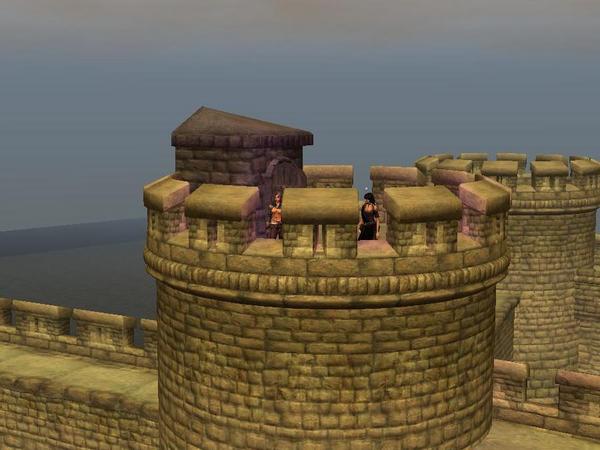 🕮 Met Lucia and talked about her research at Candlekeep. Considered a new goal in studying at Candlekeep until hearing from Michael that it is a life service, and would require fairly great time commitments.

Happened upon Tashia, Aaron and Hymly and ventured with them up the Spearpeaks to the strange warm tree. Relaxing by the tree tree they talked, shared songs, and ganged up on the Grand Knight in a snowball fight. 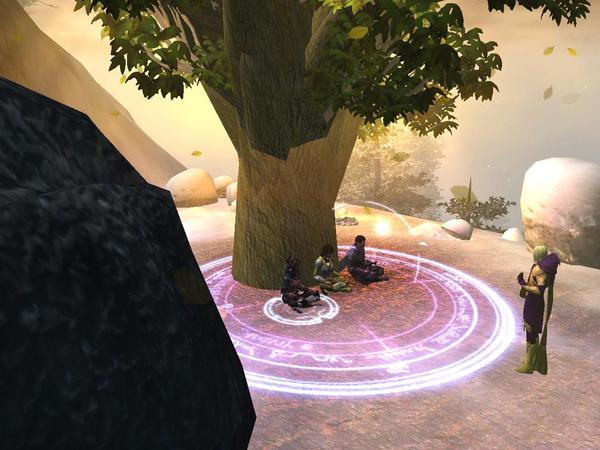 3rd
⚔ Joined ORH on patrol of the northern regions.

Bought a new hat. When seeking opinions (attention) on her hat she met the Dreadlord outside the elfsong tavern who seemed to have a positive opinion. Opinions were more mixed at the campfire. Tashia and the Grand Knight seemed to enjoy the hat, but their admiration of the hat was interrupted by the Flaming Fist who sought the Order’s aid in finding a lost patrol. 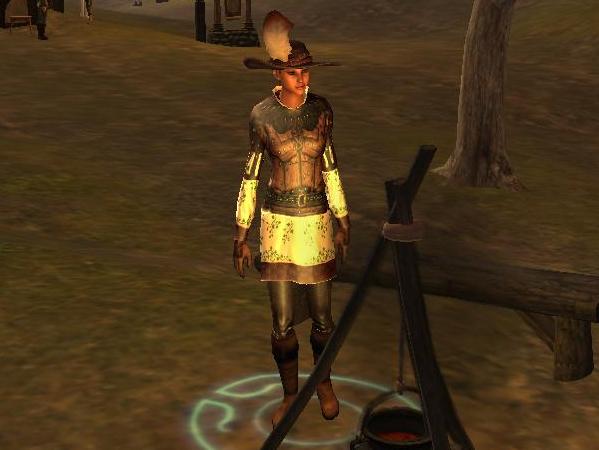 ⚔ Together the ORH and adventurers charged into the Fields of the Dead which had turned into a battlefield with dead rising from the ground beneath them. Their venture led them into a ruin, where a dark voice called out in hunger for the dawnpriest, Tashia’s, flesh. Enduring through a rough battle of undead, they met the dark voice who spoke of something disturbing their rest causing the dead to rise. The dark voice did not give them many clues to go on to what that was, but found his rest to the hands of the ORH. 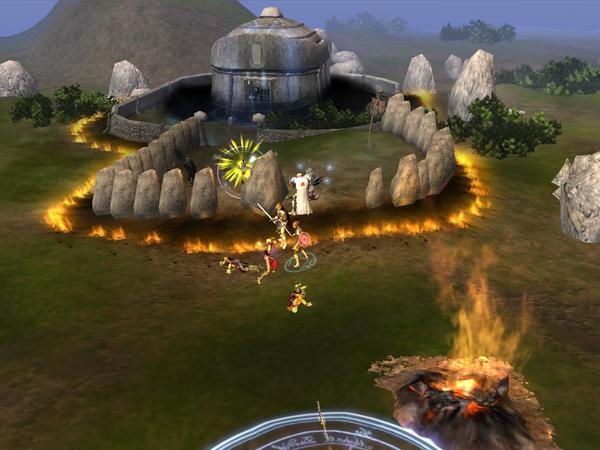 Later she caught up with Michael and Stehl chatting about current events and gossip. Michael told a campfire story about “The Sinner” which formed the basis of Aspen’s song “The Black Cat”.

7th
⚔ Joined a small army of adventures to investigate rumors of conflict in the north. They followed signs of battle into the Troll Claws where they came upon a scene of carnage. Trolls with their heads caved in, fire, and corpses with their feet cut off. The scene was eerily quiet, till they reached the end of the bloodshed when on their return they were attacked by endless hordes of trolls and wyverns. Her healing skills were put to the test as they were nearly overwhelmed fighting their way to Kraak Helzak. The gates of Kraak Helzak fell behind them before a moment's rest. Battered and bruised the adventurers were pushed back further and further. The kingdom’s guards proudly held line but were overrun meeting warriors' deaths. Attempts at collapsing the bridge failed, leading the adventurers to retreat behind the last set of doors, sealing in their fate. No knock came to the door, only screams of troll and ogre as fire engulfed them. Their fate was saved by dragon's breath. Mystery remains on the feet thirsty king of the trolls, Hurbert, and the dragon that saved them. 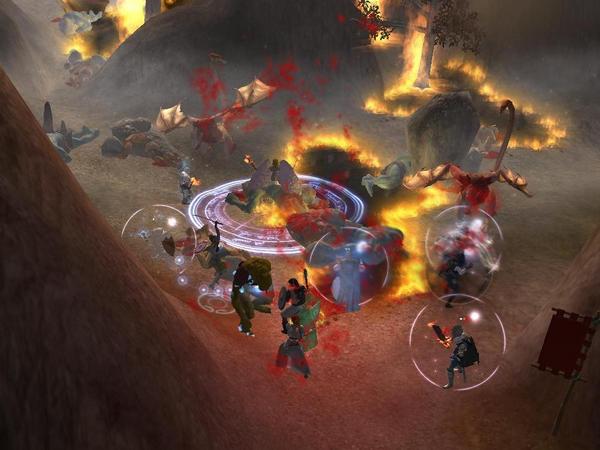 9th
☀ Confirmed her faith in the Song of the Morning with Dawnpriest Tashia and friends. Took upon the confirmation name, Aspen. Shared song on the transformative power of the Morninglord and the fruits of devotion. 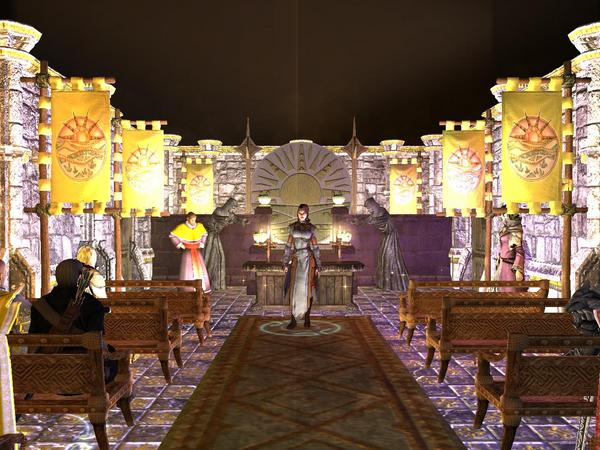