PVP Rules and Guidelines (MUST READ)

PVP Rules and Guidelines (MUST READ)

The rules regarding PvP encounters are described below. Please familiarize yourself with these rules and follow them, and above all, remember that we expect you to be respectful, polite, and excellent to your fellow players.

- You must always set your target(s) to hostile before initiating PvP. No exceptions. PvP includes regular attacks, Knockdown, Curse Song, offensive spells (e.g. dispelling spells, debuffs), and any mechanical action that results in a negative mechanical effect on the other character.

- This is a "PvP consent" server, and thus all PvP is done with the consent of all parties involved. Always allow a player to roleplay out of the situation before engaging in PvP unless they have already given clear consent beforehand. - Certain actions can indicate hostile intent and a valid consent to PvP. This includes casting spells, drawing weapons, resting, or using stealth mode (such as Hide in Plain Sight) during hostilities; or pickpocketing or performing a suspicious action towards another character. To prevent this, do not do these actions at all, or clearly and truthfully indicate that the action is done for non-hostile purposes (such as leaving the area). - Consent to PvP another character only lasts for the situation at the time (regardless whether PvP was initiated or not), and does not carry over to later encounters. The aggressor is still required to show hostility and allow an RP "out" before initiating any future instances of PvP.

- A participant of a PvP session, or the prelude to a PvP session, who leaves the map where the PvP is/would be taking place is considered to have ended the encounter, and both the leaving participant and the other party are subject to the post-PvP rules (see PvP Aftermath).

- PvP instances inside Guild Halls, especially those of lore guilds with many guards and members who -would- actively participate in a fight against a criminal or otherwise a person that breaks the rules/laws of the guild are allowed to be conducted by the members of the guild in question.

In an instance that the aggressor is defeated, its fate is in hands of the guild members that have defeated the PC as per standard PVP rules.

In an instance that the aggressor wins, the character has to leave the map as to symbolise the NPC guards getting involved in chasing the PC away.

The aggressor is a single or multiple characters regarded as the offender to the guild, its rules or expected conduct.

- The Guild Halls are defined as the guild map and its interiors. Lore guild halls also include their surrounding settlement (eg, Candlekeep exterior, Doron Amar town, Kraak Helzak exterior, Darkhold Courtyard). A list of lore guilds can be found here.


- Underdark players on the surface, and surface players within the tunnels of the Underdark, who have been identified are considered to have consented to PvP and may be killed on sight. The exceptions are for the city of Sshamath and the Upperdark, where all involved are still required to follow normal PvP rules.

- Familiars and Animal Companions are considered an extension of the player character and normal PvP rules must be followed when attacking them. Beasts of burden, such as pack horses and elemental haulers, are included in this category. Monstrous Humanoid, Hellhound, or Worg companions on the surface are exceptions to this rule and these companions may be attacked on sight.
- While polymorphed into a form that is not your own, you are perceived as being what you have become.
If your PC has taken the form of a Race/Monster, they are considered to be a creature of that form, in-character. While you remain in this form, it means that you accept that your PC may be set to hostile by the other players who see you, and that you agree to any hostilie Role-played towards you, or even being attacked, for as long as you remain in that form. Remaining in monstrous forms after being shown in-character hostility and being set to hostile, is considered consent to actual PvP attack. Changing into a non-threatening form, or returning to your natural form again, removes this consent.

- An assassination is a targeted attack on another character in a situation where the normal PvP rules have been suspended; in other words, the aggressor can engage their target without needing to emote hostility or provide an RP "out". The condition for this to be counted as an assassination is that a DM must be present, in-game, for the attack, in order to provide legitimacy, bear witness, and explain the situation to the victim. If a DM is not present at the moment of attack, the aggressor is considered to have violated the PvP rules.

- When hiring someone to assassinate another character, both you and the assassin must inform the DM Team as a whole of the contract in detail.

- The victor decides if the victim is subdued or killed, but any actions done to the victim's body are done with the victim's clear consent. Keep any consequences tasteful and PG-13.
- Sometimes a PvP can end in the capture or kidnapping of the victim instead of death. In accordance with the topic covering DM Rulings, no character is to be held captive for longer than 72 hours (3 days) and any RP involved must be completed by then.


- Screenshots sent to the DM Team clearly showing a PC emoting hostility, or initiating PvP, in sight of NPC guards (Baldur's Gate, the Friendly Arm Inn, or any map with an NPC guard/watchman) may result in a hanging and/or perma-strike against the PC. The only exception is when a DM is supervising the conflict, and with guild NPCs in a guildhall (see RP Outs, PvP Consent, and Toggling Hostile). - The PvP rules must be followed by all players, and offenders are subject to discipline. If you have witnessed another player violating the PvP rules, please take screenshots of the incident and send them to the DM Team group over the private messaging system.
Top 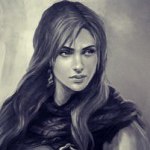 Re: PvP Rules and Guidelines - MUST READ

Update: Disarm is no longer prohibited in PvP.
Top

An additional note as to the aftermath of PvP. The winner of the encounter decides whether your PC is dead or simply unconcious. PvP does not always have to end in death. However, in all cases, the winner decides the loser's disposition, and may drag them off to the Fist, or to be fed to wyverns, as the case may be. Regardless, no action taken by another player can result in the loser's permadeath without the loser's permisson.
"A man is only as old as the women he feels." -Groucho Marx.
Top

-"RP outs" added as one of the golden rules (unless "consent" has been given).

-Added another requirement to assassination contracts

Clarified some policies that have always existed, but were not clearly written here.

1. Familiars, Companions, Summonings and Shapeshifting: Clarified that the Monstrous Humanoid, Hellhound, and Worg animal companions consent you to PVP if you are seen controlling them on the surface.

2. Familiars, Companions, Summonings and Shapeshifting: Reworded the Polymorph/Shapeshift rules to use the current "consent" language.

3. PVP Aftermath: Reworded the "avoid for 24 hours" policy to make clear that it applies to all PVP. The point of this policy has always been to prevent revenge PVP, regardless of how the fight ended.
Aston Keir - The Happy Helmite
Mara - Paladin of Jergal
Tabby - Hedge witch, former bandit
Samuel - A professional
Rakkhati Ironwood
Charraj Cain - Mystran. Dead.
DM Mister Rogers - It's such a good feeling to know that we're lifelong friends.
Top

Removed a loophole from the PVP aftermath rules, as it was determined to be against the spirit of the rule.

The "unless an RP reason is presented to you" clause has been taken out, and the rest of the rule has been reworded for clarity.
Top

Update to the Assassination Rules.
The most important post you will ever read:

THE LAWS OF THE LANDS (IC)
Top

PvP and KOS clarifications from Maecius, logged here, to be integrated into the OP at future time.


Maecius wrote:In all things related to PVP, you must be sure to strictly follow the PVP rules:
With regards to "Kill On Sight" (KOS) rules, where the PVP out rules are suspended? Only DMs may rule that a character, class, race, or situation is "KOS." Currently there are only three things that are KOS:
Currently, orcs, necromancers, Zhentarim, and other evils on the Surface are not KOS.

Currently, paladins, priests, and Lords's Alliance faction members in Areas outside the Law of Baldur's Gate are not KOS.

THE LAWS OF THE LANDS (IC)
Top

DM Mouse wrote:PvP: Giving an out means allowing for a non-combat resolution to player conflict; this is not a free pass to avoid conflict or consequence. Outs are not required to be favorable nor do they excuse you from interacting with an aggressive character. You must either remain in character and resolve a situation through Role Play or log out of the server if you do not wish to participate in our world.

Refusing to role play and then complaining when you get cut down is not okay. It is to be established and eventually included in some form through the original post that role playing is not optional nor do players have an automatic right to ignore aggressors.

Mandatory role-playing has long been our stance here, though we do not forbid ooc interaction. There should be a general understanding of the difference between the two among our blessedly very mature players, so thank you guys ahead of time for helping us maintain a healthy role-playing community.
DM Mouse
Please be sure you are up to date with Server Rules & Information (updated Aug. 25th, 2014), these also apply to the forums!
Of particular interest are the Forum Rules which everyone posting here must know.
Top

Just a note: All those who PM'ed in saying "What's changed" after the last updates - sorry! We will make explicit or even quote the changed sections in the future.
Please read our rules:
General Server Rules
Forum Rules
PVP Rules
Top