A plain looking man, clearly not a pirate, is seen from time to time frequenting the Broken Goblet with a pair of guards. He drinks quietly, but lets it be known he is hiring for work. He's paying rates that are attractive for those between crews, and seems to get some interest.
Please read our rules:
General Server Rules
Forum Rules
PVP Rules
Top

The long running cold war between Captain Karn of the Hellstorm Crew on the one hand, and High Captain Reynolds on the other seems to be about to come to a head.

A new wave of gossip has passed through the pirate settlement, following the intervention of High Captain Ambrosio. Rumour has it that a parlay is being mediated by the good captain Ambrosio. Standing on the forecastle of his ship, The Black Stag, High Captain Ambrosio has declared in no uncertain terms that with "He will see to it that these old friends resolve their dispute" as he places "the smooth running and profitability" of Roaringshore at a high premium.

Keen eyed pirates speak of two meetings taking place on the Black Stag. One between High Captain Reynolds, and High Captain Ambrosio, and another meeting between Ambrosio and Captain Karn of the Seawolf.

Meanwhile, High Captain Karghuth has been heard expressing his anger at Ambrosio's meddling in a private feud. Wags on the street whisper that this is just because he's aggrieved at not being the one asked to mediate. They do not do so within earshot of any of the crew of Karghuth's mighty war galleon, the Maw, as Karghuth remains much feared in Roaringshore.

While he is present, at least. The Maw readies for a voyage, supposedly on the trail of a great haul of treasure.

And meanwhile, the Pious, Captain Caine, is due to return in a tenday or so. Some wonder what his stance will be.
Please read our rules:
General Server Rules
Forum Rules
PVP Rules
Top

Meanwhile, in the lead-up to the parlay, High Captain Reynolds has ordered his crew to stay on board the Lone Wolf after an angry rant. Rumours say three of his crew have deserted.

The day comes, and the stage is set for the parlay...
Please read our rules:
General Server Rules
Forum Rules
PVP Rules
Top

Parlay
At dawn, three vessels leave Roaringshore. The Black Stag of High Captain Ambrosio, the Lone Wolf of High Captain Reynolds and the Seawolf of Captain Karn. The day of the parlay has come. 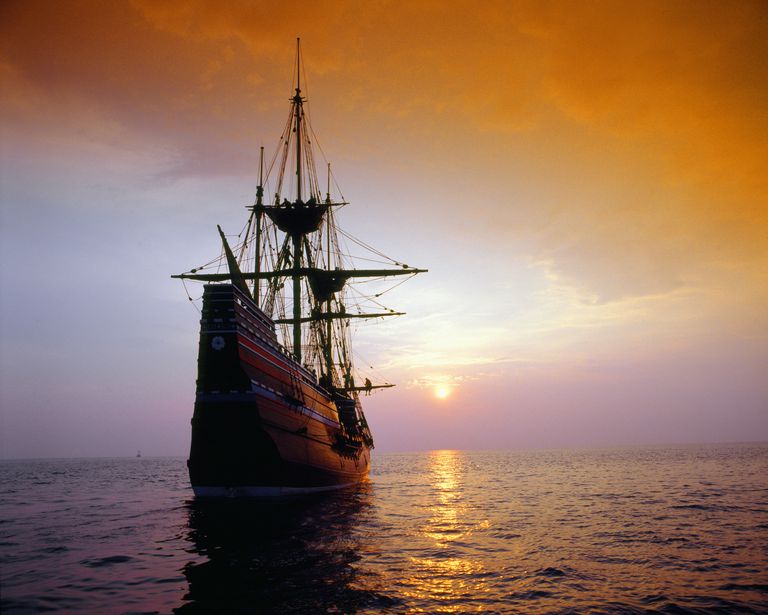 The next morning, the Black Stag returns, showing evidence of battle damage. With it, come a flotilla of lesser pirate ships, all of whom had been thought to be out reaveing, as well as the Old Faithful of High Captain Caine.

Together, joined by High Captain John Emerald, they make an announcement to an assembled crowd of ne'er do wells and pirates, as well as locals.

It is Cyrano Ambrosio who speaks the most, and receives the most roaring acclaim. The talk of Roaringshore afterwards is that it was a masterful speech, and quotations are free from everyone's lips:

"A future of plunder and prosperity."

"A future free of raids from the traitors and usupers who have taken over Baldur's Gate, and their forces."

"A future in which the Wolves of Roaringshore will be feared from Luskan to Calimport."

But all agree that the most shocking things were the news of the:

"Death of High Captain Reynolds, after he broke the rules of a parlay. "

and the news that "Karn of the Seawolf takes his place among the Council of High Cpatains as High Captain Karn."

and lastly, that: "for the first time in its history, Roaringshore has a High Admiral over the High Captains, that being Cyrano Ambrosio of the Black Stag." 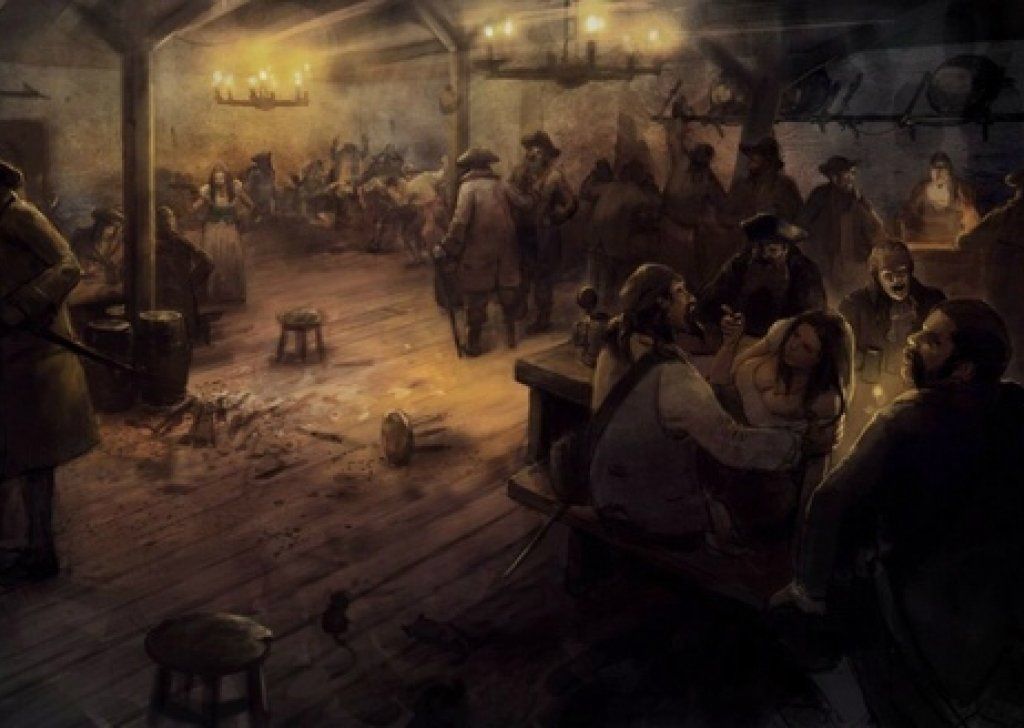 ...the only thing to dim the mood, of course, is the absence of High Captain Karghuth and many, although not all, of his supporters. The word is that he accepts the new arrangement, but also that it was a very reluctant arrangement.
Please read our rules:
General Server Rules
Forum Rules
PVP Rules
Top

The days since the elevation of High Captain Karn, and the appointment of High Admiral Ambrosio, have been surprisingly peaceful. As peaceful as Roaringshore gets, that is, as brawls, fights, and knifings are a daily occurrence.

One or two voices have raised up at the elevation of Karn; those too noisy have been swiftly silenced by the friends of the High Admiral. Its well known that High Admiral Ambrosio is touchy about insults to his friends.

Likewise, those who have openly stated Roaringshore doesn't need an Admiral have had a swift beating - or worse.

High Captain Caine seems happy in alliance with Ambrosio, supporting his rule; a patient smile on his face when he's questioned as to what he gets out of it.

After a long meeting with the Mayor, Ambrosio and Caine, High Captain Emerald came out in support of the new arrangement too.

There are open dissenters though. The Shipyard Captain, Landry Kinane, is unhappy at the fate of his first mate and former crew. Its thought only an unwillingness to directly confront Ambroiso and Karn prevents him from being more vocal. Still, his gang of thugs are what passes for enforcers in Roaringshore and within his dockyards, they let people speak freely against the ruling junta.

As for High Captain Karghuth, his vessel, the Maw, has finally put into port after the dramatic events that came with Karn's elevation. The half orc broods, and within his ship the mood is tense. He is clearly unhappy with what has occurred, but how he will eventually react is uncertain.
Please read our rules:
General Server Rules
Forum Rules
PVP Rules
Top

The peace within Roaringshore has allowed pirates to get back to doing what they do best, and over the last month High Admiral Ambrosio has been visiting with various of his supporters, apparently rewarding them with leads. Various shady looking mages are seen being loaned to those crews, and word in the taverns is that they are devil worshippers who will deploy eldritch magic to help Roaringshore's pirates make their kills.

This news at first met with mixed reactions, and there is some bitterness that only Ambrosio's supporters were profiting, with at least one instance of a drunk boatswain loudly declaiming in the Broken Goblet that "The Shore is Free, not the Hells!"

However, recently Ambrosio has announced that once his "loyal friends" are rewarded, he will put future leads into a lottery that any captain of Roaringshore can enter. Perhaps this was a reaction to the displeasure that was being expressed, as the promise of treasure seems to have mollified many, for now.

That Boatswain, alas, had an accident which seemed to involve his tongue and his life being separated from his body. His body was found in the hammock of his ship; his tongue, however, was found under his usual seat in the Broken Goblet.
Please read our rules:
General Server Rules
Forum Rules
PVP Rules
Top

Rumour spreads fast that a ghost has taken residence in Roaringshore. Speculation of who it may be differs from person to person. Some say it is High Captain Reynolds seeking revenge on his killer, while others believe this folly, and dismiss any rumours of ghosts at all.
Top

The High Captains of Roaringshore, and the High Admiral himself, gather in the Swordarm Inn for a private council.

Afterwards, pirates and outsiders flock to the Broken Goblet to witness and bet on a series of brawls sponsored by High Captain Karn of the Seawolf, and his Hellstorm Crew.

The victor, a Hellstorm pirate Awn, also known as "Ropes", took a prize, and was given an additional one by HIgh Admiral Cyrano Ambrosio. 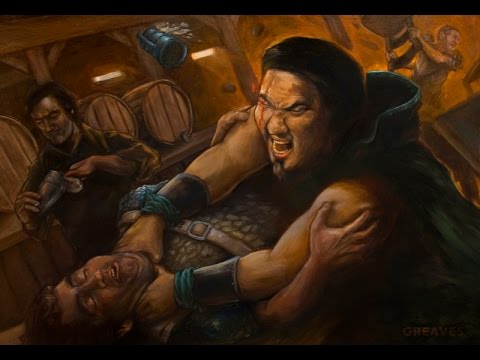 A man with a Black Stag symbol on his armour watches the jokes being made, and takes note of those laughing. Indeed, many of those in the tavern cast their eyes towards said man as he idly sips his ale, and fall quiet when they notice him.

Once the woman left, the man pipes up. "The High Admiral is friends with High Captain Karn. He would take it as a personal insult if anyone laughed at his friend. Feel free to make this clear to any...malcontents."
Please read our rules:
General Server Rules
Forum Rules
PVP Rules
Top 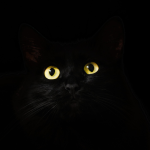 Ship sinks in the docks

A small and fairly old ship has suddenly sunk a roaringshore docks yesterday, as if it was a rock. It was seen departing from the port earlier, and argument could be heard from its deck, with people jumping into the sea shortly afterwards.

The event left no significant impact, although the amoutn of floating rubble in the water near docks has slightly increased. It doesn't look like whatever is left from the ship would obstruct approach to the docks... 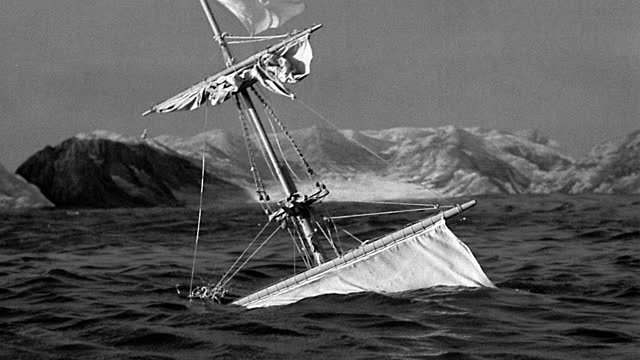 In Roaringshore taverns, rumors about sightings of a "ghost" ship at sea are frequently heard. A medium sized vessel is said to often appear at night, in fog, keeping distance, and skeletal figures were seen on its desk, standing below torn sails. While tales of such encounters are quite common, this time they're more frequent than usual.

However, so far nobody has come to close contact with the vessel. At least nobody who would tell about this event. 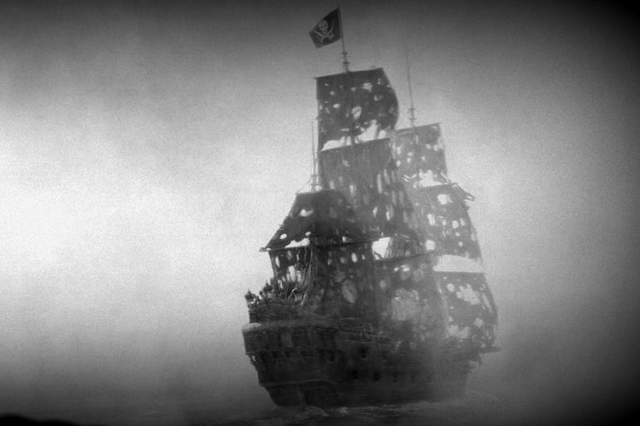 High Captain Karghuth is seen on the docks, clustered together with the captains known to be his supporters. The burly half-orc holds his axe over his shoulder, standing beside the berth of his great warship, the Maw. His barbaric crew watch as he holds up a severed head.

"This is Red Orun!" shouts Karghuth as a crowd gathers at the inkling something is in the offing. "He told me I was weak, for still calling the New Roaringshore my home!"

Karghuth tosses the head into the water. "It's where I sail from. That's what I'll tell those I meet in the south." He offers a toothy grin to them all. "Before I tell them they can sail with me, or die."

There is some laughter at this. Its best to laugh at what Karghuth calls jokes.

"Look for me in a month, heavy with plunder. Anyone who says I'm running will end up like Red Orun when I get back. Understand this, Roaringshore's hungry, we all are, and I'm sailing so we can feed her. For Roaringshore and plunder!"

This gets some cheers (again, its best) and with that, he boards his great ship, heaving with barbaric warriors. The Maw sails out of the harbour that day, with its trio of consorts, setting a course out to sea then south. 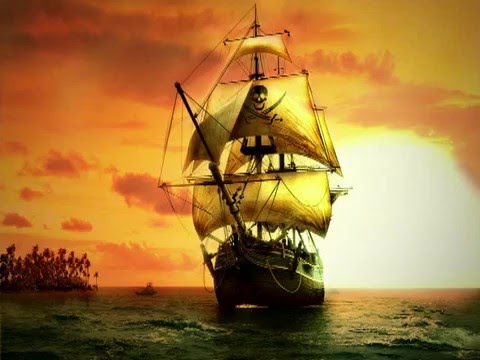